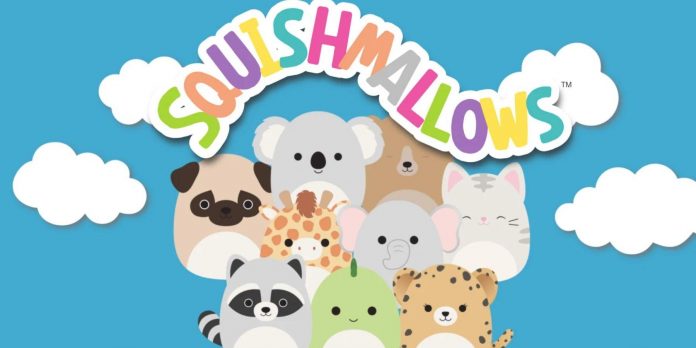 Pokemon is well known for its marketing partnership: Pikachu and dozens of other Pokemon have been featured in products for many years. However, the business of producing plush Pokemon is mainly conducted on its own. The official Pokemon Center website features hundreds of different stuffed Pokemon of any size. But The Pokemon Company won’t let that stop it from joining this trend. A new partnership has been announced between Pokemon and the incredibly popular Jazwares Squishmallows line of plush toys.

The partnership between Pokemon and Squishmallows was officially announced by Jazwares brand manager Aaron Margolin at the Squishmallows booth at Comic-Con in San Diego. The photo of the stand shows two stands with new Pokemon Squishmallows under glass showcases. The first Pokemon to receive Squishmallow, of course, was Pikachu. The second Pokemon and the big surprise is a creepy Pokemon of the ghostly type Gengar.

Squishmallows is a line of egg—shaped plush toys that are positioned as “super soft”, ideal for comfort and cuddling. Plush Pikachu will remind Pokemon fans of the early games when he was especially chubby and cute. Pikachu’s ears and tail still stand out, as fans expected. Gengar may surprise, but it’s a great choice because of its already round shape. Its pointed ears and fur also give the plush pet a character.

Margolin describes this as “Wave 1” of the Pokemon and Squishmallows partnership. It may be somewhat disappointing that the collaboration starts with just two plush toys, given the near certainty of their popularity, but a clear understanding that this is only the beginning of a partnership should calm some concerns. Wave 2 seems to be planned, although when it will appear and how many new plush Pokemon it will include will be announced later.

Since only two Pokemon Squishmallow have been announced, some Pokemon fans may be worried that they will only be available in limited numbers. Margolin made an additional post in which he told Pokemon fans not to worry, and that the team plans to make sure that “e-v-e-r-y-o-n-e” who wants a Squishmallows stuffed Pokemon will be able to purchase it. It’s unclear if this means that these plush toys will be widely available at launch or will be replenished frequently, but it should mean that it won’t be a limited edition.

The Pokemon and Squishmallows collaboration officially starts this fall. A more specific date has not yet been announced, but fans can expect more information soon. The plush ones aren’t available yet and won’t be exclusive to SDCC or anything like that. Like other stuffed Pokemon, when Pokemon Squishmallows launches, they will be sold on the Pokemon Center website.