Home Entertainment The official modding tool Cyberpunk 2077 can play an important role in... 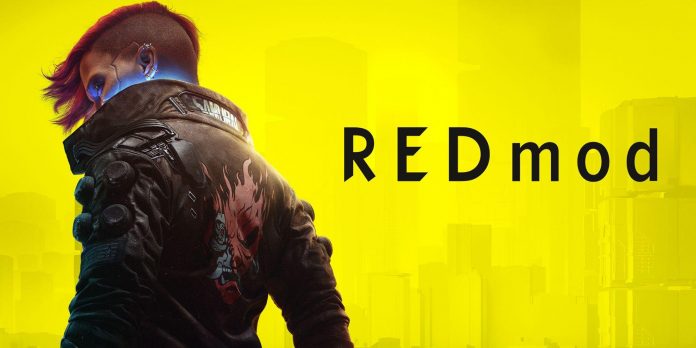 CD Projekt RED recently provided players with a new way to install and download mods thanks to the free DLC for Cyberpunk 2077. The new REDmod tool simplifies the installation of Cyberpunk 2077 mods and is compatible with existing mods for the game.

Cyberpunk 2077 was one of the most anticipated games of 2020, which was first announced eight years earlier, in May 2012. Cyberpunk 2077. Unfortunately, Cyberpunk 2077 had a rough and controversial launch as players struggled with countless bugs, a lack of meaningful content, and a surprisingly short storyline. As with ambitious open-world role-playing games, many of these shortcomings will be eliminated by a hardworking and talented community of modders dedicated to improving the game.

Although official modding tools existed in the form of CD Projekt RED’s comprehensive WolvenKit, which allows modders to edit game content and create mods for The Witcher 3 and Cyberpunk 2077, the installation and download process was mostly done with the help of third-party mod managers such as Nexus Mods. Vortex tool or through manual installation in the archive folder of the game. The new REDmod tool added to this DLC provides integrated support for installing mods and also allows you to change the order in which mods are loaded, which is an important troubleshooting feature that can alleviate mod conflicts and prevent game crashes. Players can easily install mods using the REDlauncher included in the game.

REDmod also comes with a Blender plugin that allows modders to work with the game’s 3D assets to create things like new animations, and includes several sample mods demonstrating this capability. Custom sounds, animations and scenarios are possible with the tools, which gives modders more freedom to create new content. CD Projekt RED also intends to update REDmod along with regular game patches to ensure compatibility. Although there are already many great mods for Cyberpunk 2077, we hope that these tools should expand the capabilities of modders.

Since the next Cyberpunk 2077 expansion is likely to be the last in the game, it is imperative that a solid foundation for modding is laid for the game to flourish in the years to come. Modder communities have extended the life of their favorite games for decades, for example, The Elder Scrolls 3: Morrowind 2002, which is still receiving new modified content more than 20 years later.

Cyberpunk 2077 Developer: “It Was a Very Difficult Game to Make”