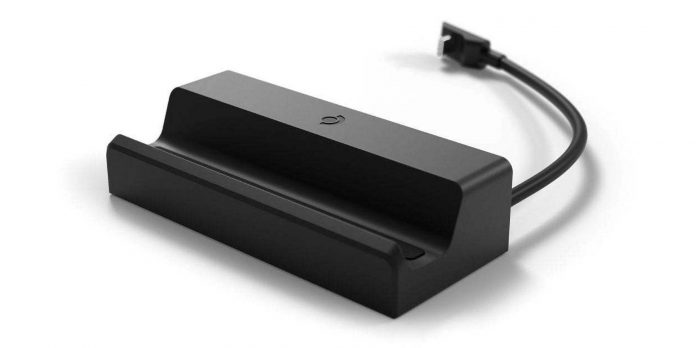 Steam Deck is present and mentioned at the Tokyo Game Show this year, and Valve surprised many viewers by showing it along with the official dock. The Steam Deck dock has been a point of contention for some portable gaming PC owners, as Valve had to delay its release without saying when it might actually come out.

While the Steam Deck itself was quite a successful endeavor by Valve, the fact that the official dock is nowhere to be found has wrongly offended some users, and instead they turned to third-party solutions such as JSAUX. Valve did not mention that the dock will appear on TGS this year. but the fact that it is present may mean that the release window of the device is not so far away.

The delay of the Steam Deck dock was a bit disappointing, because the current support for the device’s dock leaves much to be desired, and the discrepancy between resolution and refresh rate is a serious concern. Early adopters hoped that an official solution would appear soon after the release of the device itself and provide a reliable docking platform for a laptop PC, but Valve pushed it back for a while. The device itself was presented in advance with all its functions, but TGS visitors have already taken photos of the Dock Deck’s I/O so that others can check them out.

The official dock is accidentally shown at the Tokyo Game Show. from SteamDeck

Although the current status of the Steam Deck dock is a bit hazy, it’s worth noting that Valve has updated the functionality of the dock prior to the initial release date estimate. An additional USB 3.1 port has been added, as well as a Gigabit Ethernet port, which together provide ample connectivity to the Steam Deck, which otherwise comes with a single USB-C connector at the top of the case.

The price is also a concern for many users, as Valve has not yet announced how much the dock may eventually cost. Fortunately, regardless of the price, users can probably count on a quality product in the end once it finally comes out, as virtually all of Valve’s latest hardware products have shown consistent performance in their respective niches. For those who may face potential quality assurance issues, Valve has opened official Steam Deck repair centers, which will probably also solve the dock issues as soon as they appear.

In addition to secretly demonstrating the dock itself, Valve used its platform at TGS 2022 to show several examples of Steam Deck prototypes, helping to illustrate how much iterative design and development was spent on a portable PC. It is possible that the company has a few more surprises before the closure of TGS, so fans of its products may want to follow the news.

Splinter Cell Remake Is In Production At Ubisoft Toronto; Look

George R.R. Martin’s Role In The Development Of Elden Ring