The Office is a very award-winning comedy series that is known around the world. In mockumentary style, the series follows the routine of employees of a subsidiary of the paper company Dunder-Mifflin, highlighting the dynamics of the relationship between co-workers.

Couples like Jim and Pam, Dwight and Angela, Michael and Holy generate good laughs, cute moments and a lot of confusion during episodes of the show. Thinking about it, Minha Série created a list with 7 relationship tips that we can learn from The Office.

Okay, this tip may seem a little obvious to most people. If you have a very important friend, that person’s mother or father is completely out of the question for any kind of romantic relationship.

Michael Scott always surprises and ends up becoming a clear example of why it is important to avoid this type of contact. He dates Helene, Pam’s mother: the relationship is catastrophic and ends very badly, leaving Pam in the middle of a struggle between personal and professional life.

Understand: when you are feeling that something is not working or is not meant to be, the right decision is to trust your instincts. Roy and Pam end the relationship after she realizes that she is not happy and that she likes Jim.

However, as Jim is dating someone else and she is feeling alone, Pam ends up returning with Roy. After discovering the reasons for the first breakup, Roy acts in a violent and frightening way, which shows Pam that she was right when she decided to break up with him.

It is indisputable that Erin Hannon is one of the most affectionate and sweet characters in the series. The problem is that, wanting to please other people, Erin often takes actions that she did not want, and this appears a lot in her relationships.

An example is the character’s difficulties in ending love relationships with Andy and Gabe. Being honest with herself, Erin finally finds Pete, someone compatible with her, and can finally experience true love.

See Also
The Office beats The Mandalorian in streaming audience

The likely fan favorite couple is back on the list to show that life is so much better when you don’t take things too seriously. Dwight and Angela’s relationship is born out of the beautiful friendship they created, full of pranks and moments of joy.

Angela always takes Dwight’s foot, and the two live light and fun moments inside the office, which certainly helped to create a bond of love and companionship between them.

When The Office introduces Karen Filippelli, Jim’s new girlfriend, people expect the character to be pushed aside by the office and Pam. However, Karen is a loving, friendly and attentive person, who immediately wins people over and even ends up forming an interesting friendship with Pam. To make even more clear the importance of letting go of jealousy, Pam helps Jim with loving advice during his relationship with Karen.

2. If you love someone, let them go

We know it’s a comedy series, but The Office always finds a way to access the emotional side of viewers. An example is when the writers decide to separate Michael from Holly, who is practically the perfect person for the head of the class.

Holly is transferred back to her hometown, forcing the two to try a distance relationship. However, as time goes by, they notice that the situation is becoming untenable and decide to end, showing that, even though it is a difficult decision, letting the person go is the healthiest option in some cases.

Michael is proof that trying to impersonate another person does not help you to relate to friends or possible suitors. An example of this is when Pam tries to find a friend for him.

At the meeting, he personifies the character Date Mike, who is an even weirder version of Michael. Obviously everything goes wrong and it is just an example that we should not pretend to be someone we are not. 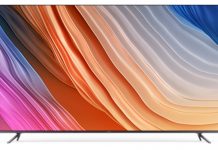 YouTube Music gets a new look! Here is the appearance