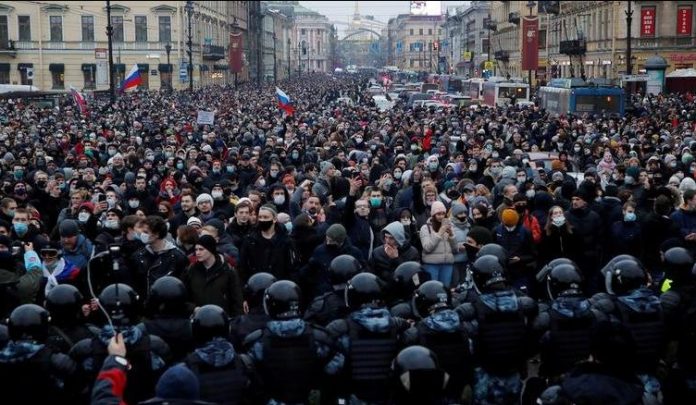 THE NUMBER OF DETENTION EXCEEDED 4 THOUSANDS

In the statement made by Navalny’s office, it was stated that the total number of detentions reached 4 thousand 52 in the evening, while the police continued to detain and this number will increase.

Many squares in Moscow were cordoned off by police as protesters continued to march in groups on the streets. In the country where the events continue, Navalny supporters continue to share on social media that they will continue the demonstrations.

Navalny, who fled to Germany after being poisoned, returned to Russia in recent weeks and was detained while entering the country. Navalny, who was arrested, claimed that Putin had received a very luxurious palace bribe of $ 1 billion. Navalny, the photographs of the palace, which Putin allegedly took as a bribe, drew wide attention in the international press.

See Also
Russia is confused! Thousands of people in custody