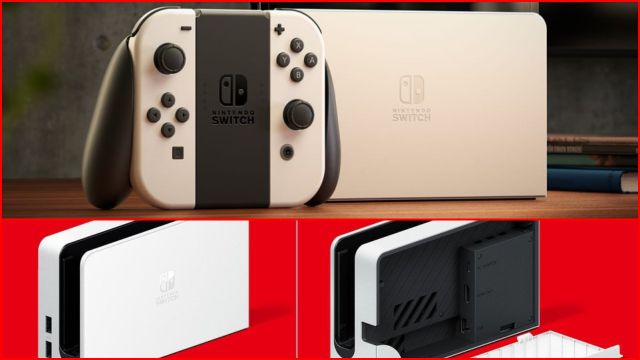 Nintendo Switch OLED: The new Nintendo Switch OLED base arrives prepared so that, in a future model of the console, it will be possible to play Ultra HD on television. Nintendo Switch OLED does not support the increasingly standardized 4K (Ultra HD); However, the first explorations of the base (dock) that is included with the console show that it includes a port with HDMI 2.0 output, a version that offers an increase in its bandwidth to support resolutions of up to 4K (2160p) in its video channel, among other features.

However, it is important to clarify that this information is not anticipating with certainty any future plans from Nintendo, but it does allow us to theorize with more and more indications about a possible new Nintendo Switch that, this time, includes the long-awaited 4K resolution.

What can this dock, ready to reproduce 4K resolutions, mean

Let’s start with the facts: the new Nintendo Switch OLED dock is capable of outputting video in 4K resolution. For this, two things are necessary: ​​a cable compatible with HDMI 2.0 and a device prepared to offer that image quality. Nintendo Switch OLED is not that device, given that its maximum video output is Full HD (1080p; HDMI 1.4).

Therefore, for a new Nintendo Switch to be compatible with 4K resolution, it is essential that a different chip is mounted inside it than the current models. The current one is an NVIDIA Tegra X1 chip in ARM (ARM Cortex-A57 and ARM Cortex-A53 for its CPU; NVIDIA GM20B Maxwell in its GPU), insufficient to undertake this leap in image quality.