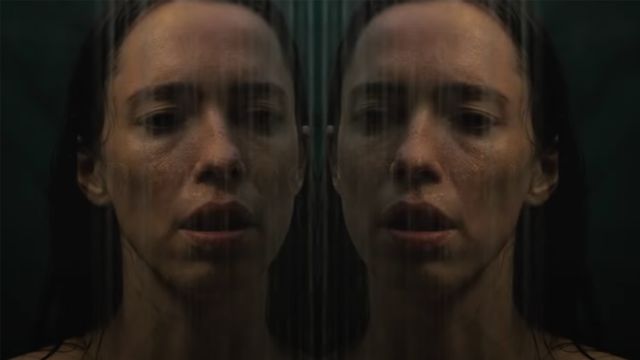 Searchlight Pictures Presents the Official Trailer for One of Sundance Film Festival Sensations with Rebecca Hall; Theatrical release on July 16.

The Night House, the new horror film by David Bruckner, director of the celebrated Netflix Ritual, presents both its new trailer and its official poster, in addition to confirming its theatrical release, scheduled for July 16. All this after causing a sensation at the Sundance 2020 film festival with great critical acceptance.

Official Synopsis of The Night House

Thus, this new and chilling film from Searchlight Pictures stars the famous actress Rebecca Hall (Iron Man 3, The Awakening, Vicky Cristina Barcelona) along with other names such as Sarah Goldberg, Vondie Curtis Hall, Evan Jonigkeit and Stacy Martin, under the screenplay by Ben Collins and Luke Piotrowski. As we say, it is the new film from the director of El Ritual, one of Netflix’s most well-received horror films.

With the arrival of the global coronavirus pandemic, its premiere has been postponed throughout 2020 until the final date is confirmed, scheduled for July 16 of this year 2021. We leave you with the official synopsis of one of the horror films most anticipated of the year. ”Shocked by the unexpected death of her husband, Beth (Rebecca Hall) is left alone in the house by the lake that he built for her, trying her best to maintain a normal life, but then come the nightmares”.

Disturbing visions of a presence in her home calling out to her with a ghostly charm. Against the advice of her friends, she begins to rummage through her husband’s belongings, longing for answers. What she finds are strange and disturbing secrets, a mystery that she is determined to unravel. ”

We recently echoed another of this year’s horror films, such as the new installment in the Saw saga, starring Chris Rock and Samuel L. Jackson; do not miss its chilling trailer.