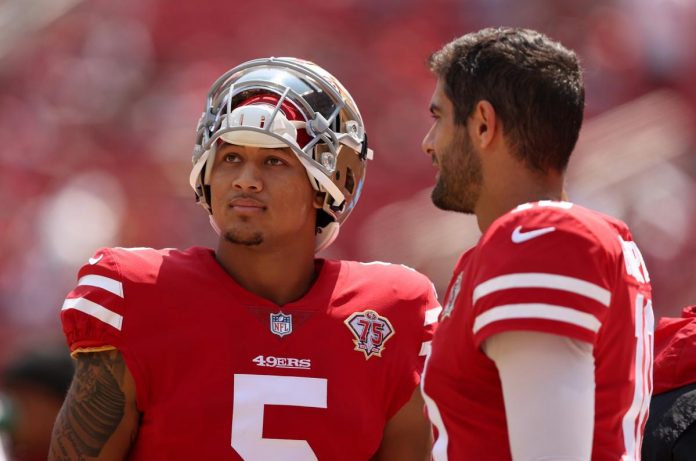 The Dallas Cowboys may enter the quarterback market within the next few weeks.

Dak Prescott will miss the next six to eight weeks after injuring his thumb during Sunday night’s game. He will have an operation in the coming days.

One of the quarterbacks who could be of interest to the Cowboys is Jimmy Garoppolo. Trey Lance is the 49ers’ starting quarterback after he won the starting position before training camp.

While it seems unlikely that the 49ers will trade Garoppolo after they just signed him to a deal for this season, that hasn’t stopped the NFL community from talking about it.

The Cowboys have a lot to think about over the next few weeks. If they don’t make a move on the position, it will mean that Cooper Rush will start until Prescott is ready to return.