Home Sport The NFL world reacts to the news of Aaron Rodgers and Joe... 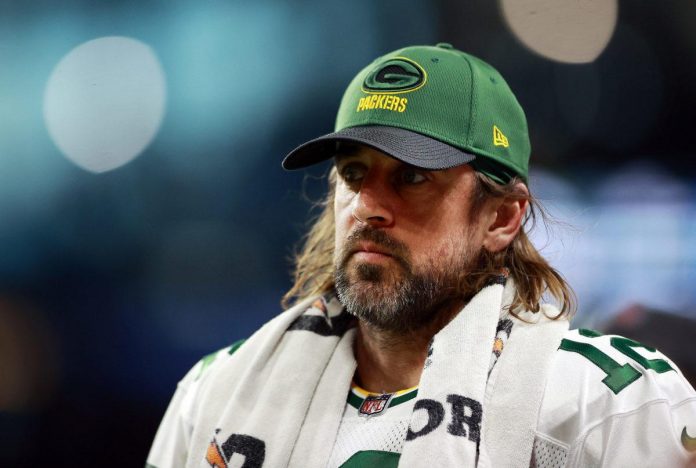 One by one, the league’s MVP famously referred to Rogan when explaining his “alternative immunization” theory after it was discovered that he had not received a COVID-19 vaccination prior to the 2021 NFL season.

They discussed the “vaccine misinformation” promoted by the “mainstream media” during this episode of the podcast.

The episode aired on Saturday night.

The NFL world took to Twitter to react to Rogers’ appearance on the podcast.

“The funny thing about Rogers going up against Rogan is that we all know exactly what will happen during and after the episode, but people will still be nervous about it,” one fan wrote.

“Aaron Rodgers is taking one psychedelic, and next week he’s going to have the Joe Rogan experience,” said another.

“Joe Rogan just had some fun on Aaron Rodgers, that’s cool,” another added.

Rogers became the subject of many jokes in 2021 after he reported that he had taken Rogan’s advice on immunization from COVID-19. This recent podcast appearance will certainly revive some of those jokes.

“The doctors you consulted… Dr. Joe Rogan and what other doctors?” Pat McAfee asked Rogers during an interview at the time.

The NFL world will no doubt have something to say about today’s episode as soon as new audio snippets come out.