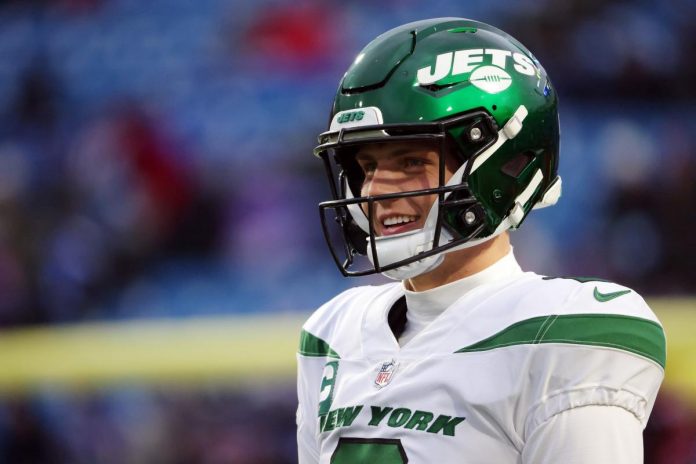 Second-year quarterback Zach Wilson will not compete for the Jets’ Week 1 vs. Baltimore Ravens on Sunday.

Veteran backup Joe Flacco will pitch against his former team as Wilson continues to recover from a preseason knee injury. Head coach Robert Saleh says the former number two most likely won’t return to his starting role until at least Week 4, according to multiple reports.

The Jets didn’t put Wilson on IR because Saleh wants him available for practice over the next few weeks.

“Crows at the landslide,” one fan wrote.

“My day is RUINED,” another added.

Wilson underwent arthroscopic surgery to repair a torn meniscus and bruised bone he sustained during the Jets’ preseason opener on August 12. The 23-year-old QB reportedly had some serious workouts earlier this week, but the team wants to make sure he’s 100%. before he returns to the game action.

Flacco will get a chance to play with his former team when the Jets kick off against the Ravens at 1 p.m. ET on Sunday.