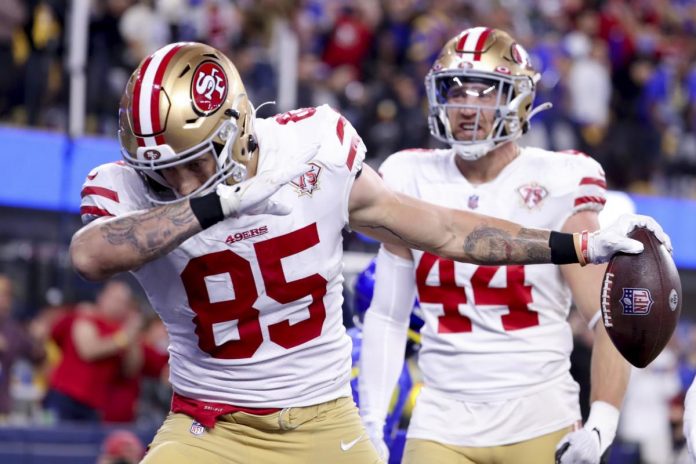 The three-time pro bowler was active at practice Friday before the Niners’ Week 2 matchup against the Seattle Seahawks. It was his first training session after a pre-season groin injury.

“I hope I see the game Peoples Tightend Play!!!” one fan wrote.

“The Fantasy team suddenly gets a burning chance,” said another.

“Be healthy, George. The team needs you,” another added.

Kittle suffered a groin injury during a light workout during the Niners’ season-opening week against the Chicago Bears. Initially, the injury was listed as routine, but he was unable to recover until the first week.

This encouraging update on Kittle’s injury status indicates that he is moving in the right direction to take the field in the Niners’ first home game on Sunday.

Kittle’s return will be a huge boost for a team looking to bounce back after a disappointing start to the first week.