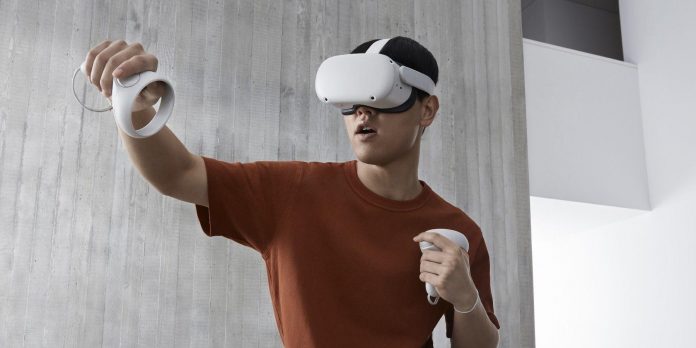 Meta, formerly known as Facebook, has established itself as the owner of one of the most popular lines of VR headsets available on the market. Both Oculus Quest and Oculus Quest 2 sold very well, offering virtual reality in an accessible form that does not require a computer to work.

At the moment, Oculus Quest 2 is almost two years old, and although many are still enjoying it, there are also those who are looking to the future. During an interview, Mark Zuckerberg, the head of Facebook, announced that the next Meta VR headset is on the way and will go on sale in October.

The next Meta VR headset, previously called Project Cambria, will bring much more innovative features and new technologies to virtual reality. Zuckerberg said this during a recent conversation with Joe Rogan, where he stated that the “next device” will appear in October. Unfortunately, Zuckerberg did not mention either the official name of the device or the exact price. However, he has provided a few details that give some hints of what fans can expect.

The next Meta VR headset will take Oculus Quest 1 and 2 a step further, tracking not only the user’s hands and movements, but also what their face is doing. The new device will be able to track eye movement, which, according to Zuckerberg, can be transformed into a virtual avatar, showing others exactly where the user is looking. He will also be able to read facial expressions, so they can also be transferred to the avatar for a more natural social experience. In previous information about Project Cambria, it was also noted that augmented or mixed reality will be one of the aspects of the device that allows users to bring elements of virtual reality into a full-color overlay of the real world.

However, all these new technologies have one caveat. The price of the next Meta VR headset is likely to be significantly higher than that of Quest and Quest 2. It has been suggested that the headset will be sold at a price somewhere around $800 or higher, that is, it will cost the same as the two current headsets, even after the base model of Oculus Quest 2 has risen in price to 400 dollars.

Most likely, soon Meta will announce an event dedicated to the new technology and what users can expect from it. The headset will play an important role in bringing Meta’s vision of the Metaverse to life, but as the company continues to suffer huge losses in the virtual reality department, it remains to be seen if this will ever happen.

Top Gun: Maverick Faces the Fire of a Legitimate Enemy as...