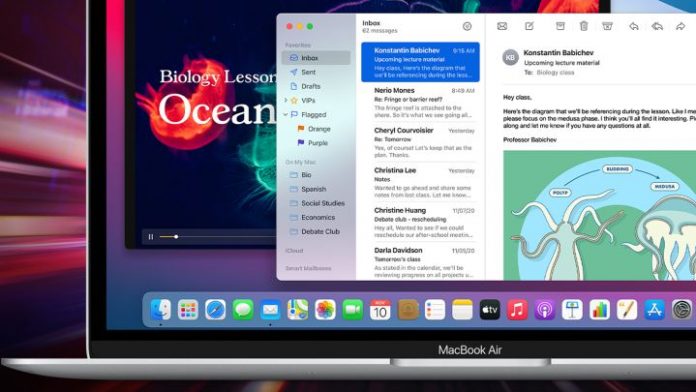 Apple has surprised many with the introduction of a new processor in some of its devices. Until not long ago, portable devices were those that shared the same chip, but the latest batch of devices shows that the company has plans for tablets and its computers. We are talking about the M1 microchip, whose successor could appear in 2022 along with a new device from the company.

Apple is one of the most innovative companies in the technology segment. You are at a point where you are looking for a way not to depend so much on third parties and one of these steps goes down the path of the most important hardware for an electronic device: the processor. This chip is the one that allows the information to pass from one point to another on the computer and, depending on its category and construction, provides more or less power to the machine.

In the case of the bitten apple we saw different configurations in which the company’s devices, which were betting on Intel chips. But since last year we have seen that the firm has its own plans and the example is the latest version of the iPad Pro along with the latest Mac mini, MacBook Air, new iMac and 13-inch MacBook Pro. It seems that the company wants to unify its devices when it comes to processor and now we could have a new version in sight.

At least that is what they have in Macrumors, where they point to the arrival of the M2 chip in 2022. It would be a version of the chip rather than an improvement of the existing one that today has 8 months on the market, although there are who think that it is only an inferior version of this.

The arrival of the new MacBook Air with the M2

That we are already talking about a possible improvement in Apple’s processor suggests a review of one of its devices. It turns out that the media points to the arrival of a new version of the MacBook Air that will arrive with the integrated chip. However, it is still too early to say if the Cupertino plans go in that direction and we have to wait for them to reveal what the company’s plans are, especially for next year.