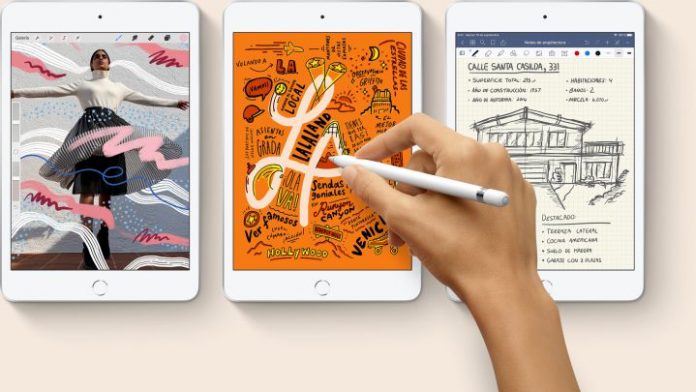 The tablets are intended for everyone who wants a powerful device without being heavy. If you are looking for some of the most powerful you have to go to Apple, the manufacturer par excellence that has many variants. Among all of them, the mini series is the smallest and lightest, without detracting from the Air model, and this year it may receive a new generation that is somewhat more used.

One of the characteristics that makes the iPad Mini unmistakable is its size. It is smaller than the rest of its brothers, but it is still larger than a smartphone. This is important to clarify, since manufacturers are dangerously close to the 7 ”barrier on mobile screens and in the case of iPad Mini they barely reach 8”.

So how come the iPad Mini will have a bigger screen? According to the Macotakara media, everything indicates that the extension of the screen will change. In other words, the frames will be narrower to follow the trend of the latest devices of the firm such as the last iPad Air that we saw in the middle of last year. In the case of the model we are talking about, the increase is considerable, from 7.9 inches to 8.4 ”.

An interesting point is that the design of the latest iPads will set the trend for years to come. If we follow what the media tells, everything indicates that the new iPad Mini will have a Lightning connector and the new TouchID placed on one of the sides. We will have to wait to know more details such as the thickness of the device, which will condition the space for fingerprint detection.

Thought to arrive in spring

Another of the leaks that have appeared on the sixth generation iPad Mini is the possible release date. And it is most likely that it will arrive in the next month of March 2021, already in spring. It is around these dates when the bitten apple usually launches the WWDC developer fair, an event in which it has launched a physical product and not just hardware.

Now it is time to wait to know if the Cupertino people comply with this roadmap or their plans are very different.