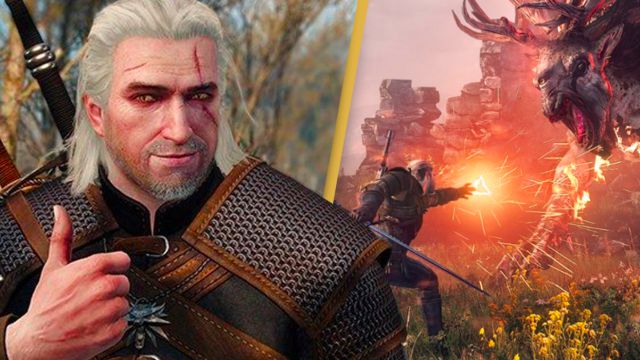 The Witcher 3: The game will arrive on PS5 and Xbox Series X / S with a facelift by Saber Interactive and coinciding with the second season of Netflix. A few months ago, back in July, CD Projekt RED announced that, in addition to working on the resurrection of Cyberpunk 2077, it was also going to launch a next gen version of The Witcher 3 that would take advantage of the advantages and possibilities offered by PS5 and Xbox Series X / S. Well, it seems that such an update is just around the corner. Today, October 19, a version of The Witcher 3: Wild Hunt for both consoles has been registered by PEGI, the European age rating system, which usually performs this action shortly before each launch.

What improvements would The Witcher 3 next gen bring?

This new version is being made by Saber Interactive, a collaborator already supported by its work with the port of The Witcher 3 for Nintendo Switch, with surprising results, and could offer significant improvements in resolution and framerate, for example. Maybe we are talking about 4K (perhaps not native) and locked 60 fps (120 images per second seems unlikely). An upgrade in terms of drawing distance and the amount of vegetation would not be strange either, thus bringing the console version closer to the PC version. Or improvements to fast travel and load times that take advantage of the new PS5 and Xbox Series X / S SSDs. In any case, these are guesses that we will clear once we have it between us. The only certainty is that the presence of Saber guarantees more than a couple of filters and a higher resolution of laps, and that it will be free for all owners of a copy of the game on PS4 or Xbox One.