Home Entertainment The next BLACK PINK? THIS Girl Group has aroused the anticipation of... 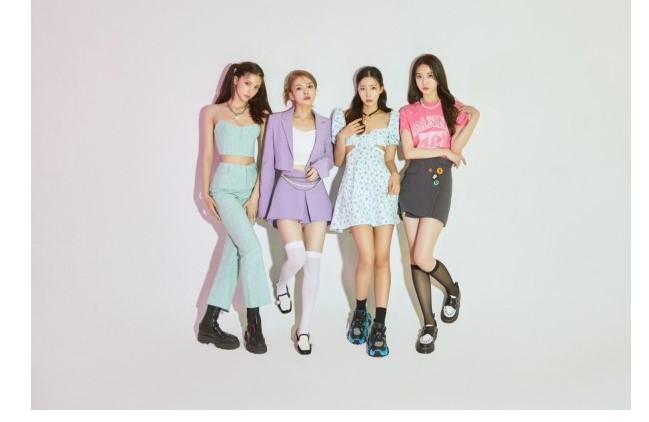 On the eve of its official debut, the female group THIS has already won the favor of pop culture critics. Who are they?

The next BLACKPINK? Pop Culture Critic Says People Should Pay Attention to THIS Newcomer

According to the Korean edition of Citizen Daily (Simin Ilbo), analysts say that the fascination with Korean Wave music, which has attracted worldwide attention since BTS, is an “inflection point” and not a “peak”.

The Korean Agency for International Cultural Exchange announced in its Global Hallyu Trend 2022 directory that:

“… the Korean wave phenomenon has not peaked, but has reached an inflection point.”

According to the agency, the Hallyu Wave index has grown in most of the 18 countries surveyed, with the exception of some. This index is an indicator reflecting the degree of perception of Korean pop culture by foreign consumers and the trend of its growth or decline.

BTS led the trend, but due to their announcement of a temporary hiatus to focus on a solo career, concerns have been raised about how the Hallyu industry will keep its wave.

The area of Korean Wave music that peaked as BTS is spreading further. In particular, along with BLACKPINK, Red Velvet, aespa and IVE, a new conceptual system for the development of a female group adapted to the characteristics of the MZ generation, which will lead to a new passion for Hallyu, has been successful one after another and is developing rapidly. a hot issue in the music industry”

Fortunately, the strength of women’s groups is growing rapidly. However, there are different opinions about the next generation of female bands that will enchant music fans around the world after BLACKPINK and aespa became hot topics.

“The industry of women’s groups is also developing rapidly in line with the digital era. More and more cases are debuting on the basis of providing a level of fandom using social media based on proven skills, rather than a formal process such as selecting participants, training camp and releasing debut songs.”

Among the new girl groups these days, the critic chose A.iRiD as the group with the greatest expectation and explained:

“We should pay attention to the female group A.iRiD, which was recently presented by ONO Entertainment. A.iRiD released their pre-debut song in Korean and English versions without an official performance and receive positive reviews from abroad. fans.”

If you are not familiar with A.iRiD, the women’s group consists of four members: Ari, Bell, Day and Echae. They are due to debut under ONO Entertainment in October 2022.

For the first time, the participants were introduced in July, and their name was shortened from “rainbow”, which means “the color of the rainbow that changes depending on the angle of view”, as well as from “I lead”, which means girls leading a new trend.

On September 1, they posted their pre-debut single “First Flight” on various music websites. They also released a video with dance performances. A K-pop enthusiast who saw the clip commented on their incredible visuals, singing skills and dancing abilities, which are outstanding for a beginner band.

In particular, the group consists of three Koreans (Echa, Day and Ari) and one foreigner, Bella. She is the first Turkish-Azerbaijani K-pop idol to make her debut.