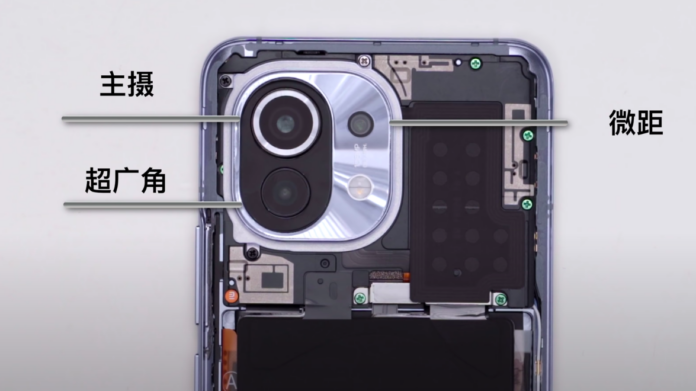 Mi 11, Xiaomi’s latest smartphone model, which is highly anticipated, was introduced yesterday at an event held in China. The simple design of the phone, the shape of the giant camera positioned at the back and many other features have become the subject of the agenda. A video has been released in which the phone, which is still time for its global promotion, is disassembled in China. Xiaomi Mi 11 breaks down and reveals all the details inside.

Dismantling smartphones or going through rigorous tests has become routine issues that we are all familiar with. Now, Mi 11 is opening up on the YouTube channel called Aiao Technology. The giant camera module of the phone, the technologies on the screen and other details are clearly seen in the video, which reveals the advanced hardware features of the phone.

One of the tests that the phone faces out of the box in the first place is to test the screen with sharp objects. First of all, the screen of the Mi 11 is scratched a bit in the video, where the scratch resistance of the screen is measured. In the next step, the inside of the phone is opened. In the following minutes, we encounter huge camera module and battery installation, and plenty of copper foil measures taken against heating.

After removing the copper tips in the video, we can see the brand new Snapdragon 888 processor next to the flash memory. Special adhesives are used to protect the phone in case of exposure to liquid. On the battery side of the phone, we see 4,600 mAh and we see that the phone comes with a large battery.