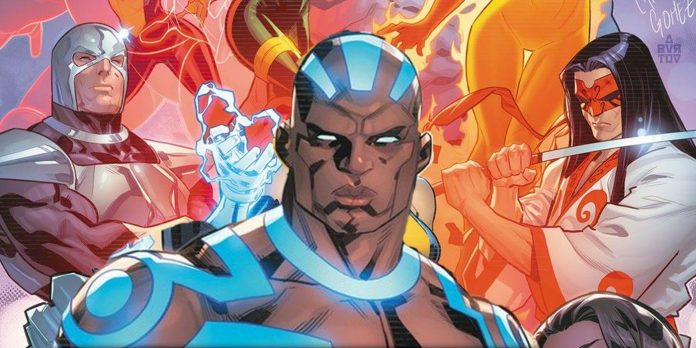 The Hellfire Gala is coming up, and as Marvel Comics reveals who won the X-Men fan vote, the publisher has simultaneously released several mini-comics illustrating some of the X-Rejects’ reactions to their loss. Among the other rejected mutants, Avalanche, Gorgon, Micromax and Gentle lost the fan vote and, as expected, are unhappy with their losses!

Starting in 2021, the X-Men of Krakoa became a democratic team of mutant representatives, probably to counterbalance the very undemocratic Quiet Council, with the Krakoa mutants being allowed to mentally vote for those they want to include in the team at the annual annual meeting. The Hellfire Gala. Along with voting in the plot, fans can also vote annually for one mutant to join the team, with last year’s choice going to Polaris, Magneto’s powerful daughter, who has grown significantly over the past year due to her new role. on the X-Men.

Fan voting options for the new X-Men 2022 team included a number of favorite mutants, including Monet St. Croix, Sirin, Armor, Gentle and Bling, as well as some exceptions from the field of view, such as Gorgon, Micromax, Avalanche. , and the controversial mutant Firestar. Two mini-comics, written by Steve Fox and illustrated by Alan Robinson, were posted on Marvel Entertainment’s Twitter showing how Avalanche, Gentle, Gorgon and Micromax react to their losses. Well. Avalanche cheerfully laments Gorgon that he knew he would lose the election because he was once in the Brotherhood of Evil Mutants, decrying the fact that several leaders of the terrorist Brotherhood are literally part of the Quiet Council. Hilariously, Lavina asks Gorgon what bad things he did before Krakoa, and when Pyro tells him (perhaps referring to his high-ranking role in HYDRA or the Dark Avengers?), Lavina is clearly glad that Gorgon didn’t qualify, even though Gorgon sacrificed his life for Krakoa last year. Avalanche then wonders how they can prevent Gorgon from representing mutants again.

Another comic shows Micromax discussing voting with Gentle, both of whom can get bigger and stronger thanks to their abilities, and when it turns out they were rejected, Micro tells Gentle that they should create their own team, “Giant Size”. X-Men”, a clever reference to both their ability to resize and the infamous X-Men problem that relaunched the franchise in 1975. Honestly, it’s not surprising that Avalanche, Micromax and Gorgon didn’t win the fan vote. since they have never been very popular among X-Men fans, but for many, it will certainly be a disappointment that Gentle did not win. A mild involvement with the X-Men would add to the team’s interesting internal and intergalactic drama, as it was revealed earlier this year that he was actually a sleeper agent of T’Challa and the Wakanda Empire stationed on Arakko to observe mutants, something that Storm quickly realized and resolved.

After last year’s vote, the rejected mutants actually formed their own team led by Sunspot and Cannonball called “Secret X-Men”, presented in the one-time issue of Secret X-Men #1, so perhaps Gorgon, Gentle, Micromax and Avalanche will form the second version of Secret X-Men in the coming months. These hilarious Steve Fox mini-comics are a great way for Marvel Comics to show the reactions of some of the lesser—known mutants from the new X-Men team, but fans will have to wait for the Hellfire gala to find out which Krakoa mutants won the vote.

Interview with George Takei – Paws Of Rage: The Legend Of...

Jane Foster from “The Avengers” criticized for a simple clone of...