Home Entertainment The new trailer for “Black Adam” confirms the return of the “Suicide... 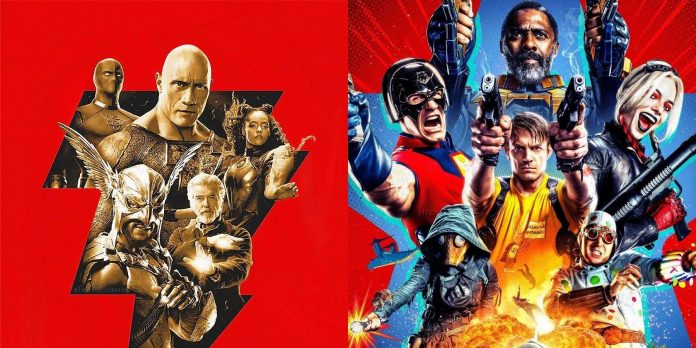 A new trailer for “Black Adam” was released at Comic-Con in San Diego, and the latest preview from Dwayne Johnson showed that Viola Davis will reprise her role as Amanda Waller from “Suicide Squad.”

Black Adam will focus on Johnson’s Tet-Adam, an antihero who was endowed with the power of the gods only to be imprisoned for 5,000 years. However, once Black Adam is released, he prepares to unleash his powers in the world and bring his own justice, which brings him into conflict with the Justice Society of America.

RELATED: Charlie Cox’s Daredevil will appear in “Spider-Man: The Year of the Freshman”

During Warner Bros. At the Hall H panel at Comic-Con in San Diego, Johnson and members of the cast and crew of “Black Adam” arrived to discuss the film. As expected, a new trailer for “Black Adam” was released to the public, and the footage confirmed that Amanda Waller, played by Davis, will appear in the film, although details about what role she will play in the story remain unknown. However, the footage appears to show Waller at the Justice Society base. Although this trailer doesn’t seem to have been released to the public yet at this time, another preview dedicated to Black Adam’s war against the JSA has been posted online, culminating with footage of him fighting Houman and wasting no time using his electric powers against the hero.

There were rumors that Henry Cavill would appear at Comic-Con, but this turned out to be untrue, as the “Man of Steel” actor was noticeably absent from the Hall H panel for Warner Bros. However, the hero still popped up during the conversation when a Fan asked Johnson if he thought Black Adam could beat Superman in a fight. “Depends on who’s playing Superman,” Johnson said in response. Another funny moment occurred when Aldis Hodge said that he almost lost the role of the Hawk Man, because when they called him and told him that he had received the role, Hodge did not believe that this was really the case. Johnson is on the other end of the line.

As far as fans know, “Black Adam” will mainly consist of new DC characters, so the appearance of Amanda Waller is likely to delight fans, given that she is the central figure in “Suicide Squad”. After all, if Waller can make an appearance, then maybe one day fans will see Black Adam and Superman fight on the big screen.

What Does BTS Mean Now? The Added Name Of The Band