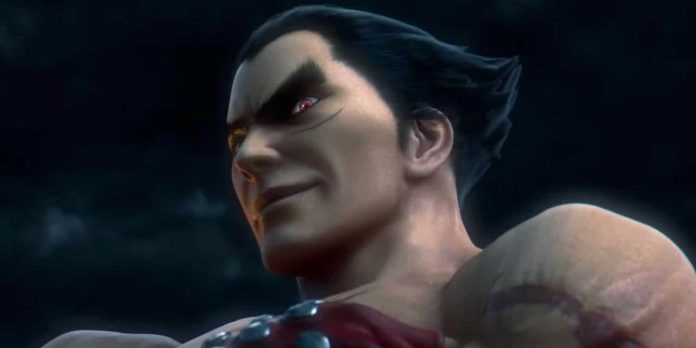 The fighting game genre is, like the very nature of the games themselves, fierce and competitive. Over the years, a couple of heavyweights have outfought the competition in order to rise to the top of the pile, and have remained there for the last few decades. Street Fighter and Mortal Kombat are the oldest franchises to proudly sit at the top of the genre, with the former debuting in 1987 and the latter 1992. However, since its debut PS1 game was released in 1994, Tekken has stood toe to toe with them and for the most part, held its own. Following the release of 2017’s Tekken 7 though, developer Bandai Namco has focused on DLC content and updates rather than a new installment.

This has left fans anxiously awaiting news of the next Tekken game for a couple of years now, and during EVO 2022, their prayers were finally answered when a brief trailer teased the possibility of Tekken 8. The eight-second footage showed Kazuya Mishima, one of the series protagonists, turning and smiling at the camera before the words ‘Get Ready’ appeared. His eye then turned red, showing a glimpse of the devil that lurks inside him, before the screen went blank. While the footage was brief, it has understandably gotten fans excited, with many wondering exactly what this could mean. Even though logical signs would point to Tekken 8 being in development, with no confirmation of this yet, there is room left to speculate on some other options. If this new project is not Tekken 8, then there is a case to be made for it to be a full-length Tekken Force game.

RELATED: Every Tekken Project the EVO 2022 Trailer Could be Teasing

The New Tekken Project Should Be a Beat-em-up

Tekken Force Mode was a mini-game featured in Tekken 3, a title that many regard as one of the most influential fighting games of all time. Totally separate to the main game, it was a side-scrolling mode where players could choose their character before fighting their way through four short stages, each of which featured one of the game’s characters as a boss at the end. It felt distinctly like a more modern take on the popular Streets of Rage-style classics from the early 1990s, and many gamers were full of praise for its inclusion. Such was its popularity that the mode was actually expanded on and reappeared in Tekken 4, and also Tekken 5’s ‘Devil Within’ mode. This was the last time fans would see Tekken Force mode in any guise, though, and the time could be right for it to make a comeback as a full-length title.

Fighting games are not necessarily known for their strong narratives, with the focus usually being on the action, but Tekken’s dysfunctional Mishima family members of Kazuya, his father Heihachi, and his son Jin, make for compelling storytelling. The main plot of Tekken revolves around the dynamics of their unique and complex relationships, and with this as a backdrop, a single-player Tekken Force game has the perfect core story elements which it could build upon. Add in the family’s natural inclination to solve problems with their fists, and there are all the makings of a strong beat-em-up here.

The 3D beat-em-up genre is not exactly overcrowded, so the game wouldn’t have much in the way of competition. Until recently, the Yakuza series, which started life in Japan before becoming increasingly popular in the West, had a stranglehold on the genre. The main protagonist Kiryu Kazama cut a swathe through hordes of thugs as he moved through the fictional City of Kamurocho during seven mainline entries in the series.

However, Yakuza’s most recent entry, Yakuza: Like a Dragon, transitioned away from a real-time fighting game in favor of becoming turn-based. This was a bold decision that ultimately paid off, and the upcoming Yakuza 8 has been confirmed to follow suit. It’s sister series, Judgement, is more heavily focused on detective work, which detracts from the good old-fashioned brawling that some gamers crave.

If this game did indeed come to fruition, the preferred option would be for it to focus purely on the Mishima family and feature a story that revolves around them exclusively, only limiting the player to using either Jin or Kazuya as the playable character. Focusing on one of the most dysfunctional families in video games would ensure the narrative stays tight and engaging, and would allow for a gripping plot, the likes of which have been shown in glimpses during the mainline series. Having a full roster of playable characters, including the likes of Paul Phoenix and Hwoarang, would inevitably detract from the narrative, despite the fact it would give much more range of choice and allow for varied play styles.

A fully-realized Tekken Force game based within Tekken’s universe is an exciting prospect. Taking Tekken’s uniquely intuitive and responsive control scheme and implementing it into a 3D beat-em-up will likely not be an easy task. But if Bandai Namco could get it right, with the power of the current generation’s hardware, its hard not to imagine Kazuya or Jin rampaging through a city, wreaking havoc against anyone standing in their way.

Tekken Force Mode showed players on a very small scale how much fun it could be, so with fifteen years of additional technological advancements and the Yakuza series to draw inspiration from, the game could ultimately end up successfully transitioning the fighting series into a 3D beat-em-up. While Tekken 8 obviously remains the first choice for many fans of the franchise, a standalone Tekken Force game would be a refreshing change and help to fill a huge gap in the market for 3D beat-em-ups.

A Tekken project is currently in development.