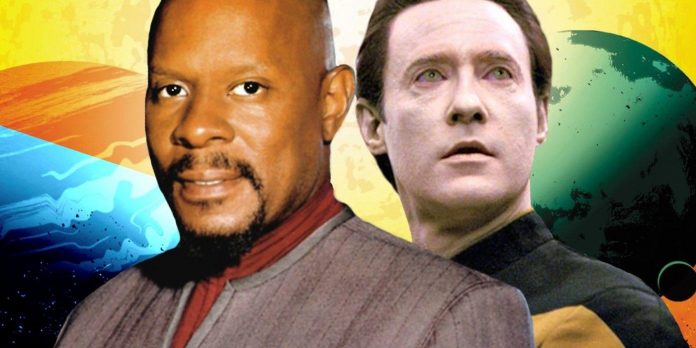 IDW Publishing is preparing a new Star Trek comic, and its team may be one of the most creative ever. The upcoming Star Trek#1 will feature a team of fan-favorite characters from different eras of the beloved sci-fi franchise.

Created in the 1960s by Gene Roddenberry, the Star Trek saga began with the original TV show of the same name. Since then, the franchise has become a powerful engine and dominated several media spaces. With movies, video games, novels, comics, and more than 10 TV shows, few franchises can come close to such a wide timeline as Star Trek. The last few years have seen a boom in new content with the advent of Paramount+, when the franchise got three new shows, as well as a new Star Trek movie on the horizon.

In the wake of the current love for Star Trek, a new ongoing series has been announced, which may become the most ambitious comic book in the history of the series. IDW announced on the official Star Trek website that the premiere of the new comic book series will take place in October 2022. Star Trek #1 will be created by the creative team of Collin Kelly, Jackson Lanzing and Ramon Rosanas. The new Star Trek comic tells the story of Benjamin Sisko, the character of Deep Space Nine, who returned with godlike abilities after his journey through the Bajoran wormhole. But someone in the universe is killing the gods, and Sisko must assemble a team to stop them. Cisco is not the only fan—favorite character featured in the new series, as preview art shows “Next-generation Data” as part of the team. There also seem to be a few newcomers, such as Andorian Sato and possibly Vulcan T’lear.

But these are not the only characters that will be featured in the new series. Lanzing promised a “permanent Avengers-style crossover” in which “anyone can appear and where everything is possible.” The Star Trek franchise is certainly no stranger to adventures that span the timeline, so fans should feel right at home with the new sequel. The preview pages of the comic show the scope and grandeur that fans can expect, and editor Heather Antos promises that the comic will be “bigger and bolder than any Star Trek series before.”

Ever since “Star Trek” has existed, debates have raged among fans about which era and which show is the best. Some prefer The Original Series, while others argue about the merits of the current Strange New Worlds. In any case, every era and series has its defenders. But this new sequel is an opportunity to demonstrate the value of each era. There are plenty of great moments and characters from each installment in the Star Trek story, and a sequel based on multiple periods could simultaneously recognize some of the franchise’s greatest achievements. While Data and Cisco may attract fans, this comic has the potential to attract characters that will delight Star Trek fans of every generation.

Fortnite: where to find emergency sites