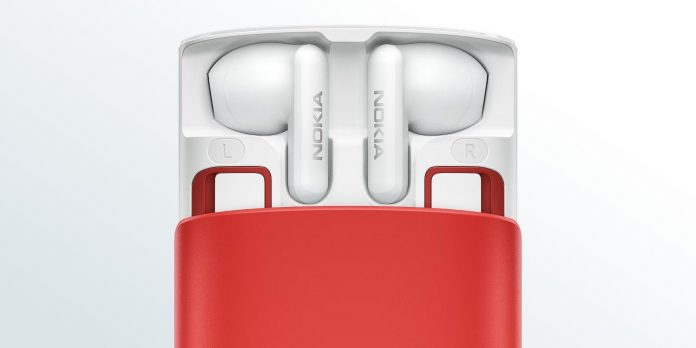 HMD Global has announced Nokia 5710 XpressAudio, an unusual multifunctional phone with built-in wireless headphones. The company also announced an 8-inch Nokia T10 tablet and several other mobile phones for some markets. Despite the popularity of smartphones, sales of push-button phones are still in the millions every year.
HMD Global is one of the leading brands in this segment. Since the company acquired the Nokia trademark in 2017, it has been relaunching classic Nokia phones with an updated design and modern features such as LTE, Wi-Fi and a mobile hotspot, while retaining such basic elements as an alphanumeric keyboard, a removable battery, and a week-long standby time.
RELATED: Nokia Unveils G11 Plus Phone with 90 Hz Screen and 3-Day Battery Life
Nokia 5710 is not a modern version of the classic Nokia phone, but its design is borrowed from the now defunct XpressMusic line. The phone has curved upper and lower edges, special playback controls on the sides of the display on both sides and an alphanumeric keyboard. What sets the Nokia 5710 apart from other multifunction phones on the market is that it comes with a built-in charging case for the included wireless headphones, hidden in a compartment on the back. Nokia 5710 will be available in black and white.
Extendable case for charging headphones
HMD Global is not the first manufacturer to integrate headphones into its products. In 2020, Lenovo released the ThinkBook 15 Gen 2 laptop with headphones that extend from the right edge. There are also several inexpensive smartwatches with built-in headphones. Nevertheless, this is still a novelty that many will talk about. On Nokia 5710, the charging case is located at the back and is covered with a red plastic slider. If you pull it down, black or white headphones are visible on it, depending on the purchased color scheme. When not in use, owners can simply store them in a compartment where they will recharge. They have a battery life of up to four hours, but lack premium features such as active noise reduction.
The characteristics of Nokia 5710 XpressAudio are similar to those of some HMD Global feature phones. Its screen is a 2.4-inch QVGA color display. It lacks a front-facing camera, but a 0.3MP camera is located at the back along with an LED flash. The Unisoc T107, a 1 GHz single-core chip, controls the phone in combination with 48 MB of RAM and 128 MB of memory. There is a microSD card slot to add additional memory, but the maximum supported capacity is 32 GB. In addition, the Nokia 5710 has stereo speakers, an MP3 player and an FM radio, and owners can listen to music through a loudspeaker or through built-in headphones. Interestingly, since the phone comes with headphones, HMD Global decided to abandon the headphone jack. The good news is that the headphones can also be connected to other devices.
The phone is available in variants with one and two SIM cards with support for 4G LTE and VoLTE, but there is no mention of support for Wi-Fi and access points. It is also equipped with a removable battery with a capacity of 1450 mAh and is charged via a micro-USB port. It costs 74.99 pounds (89 USD) and will go on sale in July. In addition to the Nokia 5710, HMD Global also announced the Nokia 2660 Flip for 64.99 pounds (US$77), which is similar to the Nokia 2760 Flip 4G sold in the US. There is also a Nokia 8210 4G for the same price. At the moment, it looks like none of the phones, including Nokia 5710 XpressAudio, will be released in North America.

With these photos the actor celebrates the premiere date of his...

Why CSI: Vegas Season 2 Will Be More like the Original...