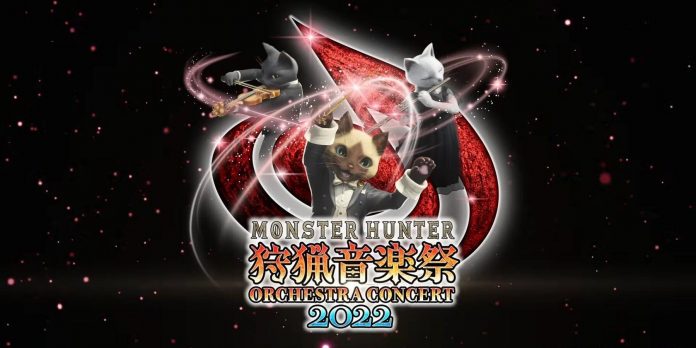 This year, restrictions on the COVID-19 pandemic around the world are easing, and gaming events taking place in physical space are gradually returning. Anime Expo 2022 was held in July 2022, and now major gaming events such as the Tokyo Game Show are taking place in Japan. Capcom recently announced that the Monster Hunter Orchestra concert is also returning this year via both physical and digital channels, adding new soundtracks to its 2022 program from the company’s latest game, Monster Hunter Rise: Sunbreak.

The first concert of the Monster Hunter Orchestra was held in Japan in 2009. Since then, so many monsters have been added to the Monster Hunter list over the years, each with a unique background music during the hunt, which probably changed the concert program very often. In 2022, Capcom released the game Monster Hunter Rise: Sunbreak, and with it new monsters such as Malzen, Lunagaron and Garanholm. Given that the community probably still has fresh thoughts about these monsters, it seems quite appropriate that the Monster Hunters Orchestra concert will also include music from Sunbreak.

On Twitter, the official English account of the series announced that the Monster Hunter Orchestra concert is returning this year. The post also had a cute key image of the iconic Paliko from Monster Hunter, dressed in orchestral outfits to match the theme of the event. According to the official website, the physical concert will take place on August 27, 2022, at 17:00 Japanese Standard Time or at 1:30 Pacific Time. The program will be performed by the Tokyo Philharmonic Orchestra under the direction of Maestro Hirofumi Kurita. Kurita has conducted Monster Hunter concerts since 2014.

Fortunately, fans from all over the world don’t have to worry about time zone differences if they want to get to an orchestra concert. For those who were able to purchase tickets for the live broadcast, a recording of the concert will be available to fans of Monster Hunter Rise: Sunbreak for a limited time after the actual event. This allows the community to watch the concert at a convenient time for them. However, tickets for the live broadcast will only be available until September 4, 2022, 21:00 Japanese time or 5:00 Pacific Time, so fans should buy them when they can.

Monster Hunter Rise: Sunbreak is still releasing updates to the community, and each of these updates contains new monsters to hunt. If the Monster Hunter Orchestra’s online concert goes well, it’s possible that Capcom will continue to regularly offer fans access to the live broadcast. I hope the players will support this event so that they can enjoy it more often in the future.