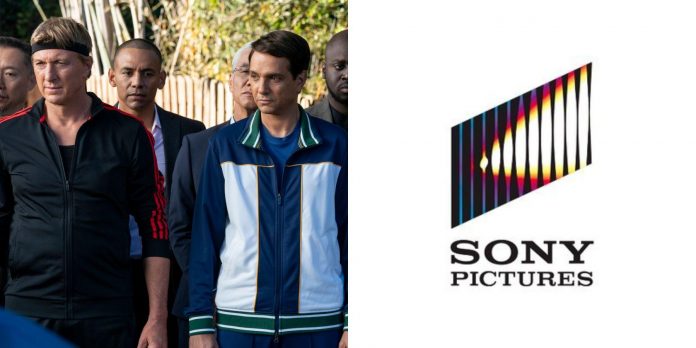 The release dates of several new Sony projects (including the Garfield film) have been postponed. In addition, the company has announced the production of a new Karate Kid movie that will bring this franchise back to the big screen.

Sony is stepping up its efforts through its Sony Spider-Man Universe (SSU) initiative, which it hopes to develop together with a partnership with Marvel Studios. Although some of his projects, such as Morbius, failed, they continued to release their own spin-offs dedicated to Spider-Man characters, even though the action of Tom Holland’s Spider-Man takes place in another cinematic universe (Earth-19999 or Earth-1999). -616, as it was announced recently). However, the success of films like “Spider-Man: No Way Home” (which won acclaim at the Academy Awards last year) and the success of “Cobra Kai” on Netflix influenced some of Sony Pictures’ next moves.

As recently announced through Sony Pictures, films such as Craven the Hunter (starring Aaron Taylor-Johnson as Craven the Hunter) and Madame Web (starring Dakota Johnson as Madame Web and Sidney Sweeney in a mysterious role) have been postponed. Originally premiered on January 13, 2023, “Craven the Hunter” (which will be shown in IMAX) is now out on October 6, 2023. “Madame Web” (also shown in IMAX) was originally supposed to be released on October 6, 2023. the slot, and now it has been moved to February 16, 2024. The Untitled Sony/Marvel Universe project was also originally supposed to be released on June 7, 2024, and has now been slightly postponed to July 12, 2024.

Fans of “Karate Kid” should also be happy because the new film, described as “the return of the original Karate Kid franchise,” is due to debut on June 7, 2024. Details about this movie were not disclosed, but Season 5 of “Cobra Kai” received a 100% top score on Rotten Tomatoes. So, given that the series is a huge success for the franchise, and that quite a few of the original stars of the franchise have appeared in the series and are loyal to it, it is quite possible that Cobra Kai will somehow connect with this new film.

The shift in the release date of Sony Marvel movies is interesting. Hunter Kraven completed filming almost three months ago, and Madame Web started filming just two months ago. The shifts in their release dates are radical and may indicate that Sony is working on how to avoid Morbius’ mistakes. A few extra months of production may indicate that the films are undergoing some restructuring to avoid the fate of this film.

Meanwhile, the new Karate Kid movie also seems like an interesting prospect. Previously, this was hinted at by Ralph Macchio, who teased the cinematic universe of Karate Kid. Cobra Kai is distributed by Sony Pictures Television, so it is quite possible that some characters from the Netflix show will make a leap into the universe of the film. Such a move would be a testament to the success of Cobra Kai, as usually films tend to ignore TV spin-offs due to the belief that moviegoers find it difficult to wade between episodes, so Cobra Kai’s participation in the mix will show that the spin-off is well known and so loved by fans that Sony included it.

The black phone and the Sinister ones exist in the same...