Home Entertainment The new horror game for July 2022 may become one of the... 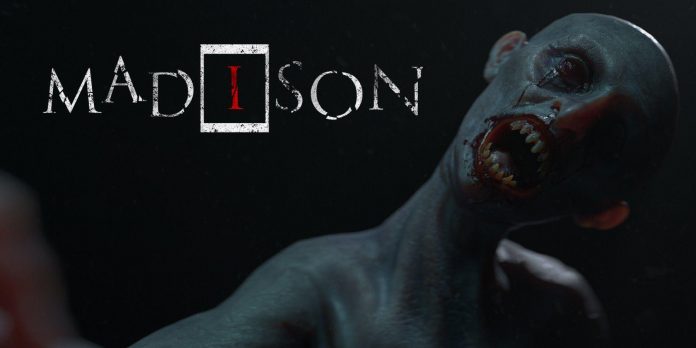 The horror genre has been a staple of Hollywood since its inception, but it took a little longer for it to break into the video game industry. Although early text adventures have acquired a touch of horror, it will take a long time before the releases of large-budget home consoles will bring their own contribution to the genre, with limited graphics that do not allow for obvious eeriness. By the time Sony’s first PlayStation came out, 3D graphics had taken over the industry, and horror games were really starting to shine. Games like Resident Evil and Silent Hill have become household names, along with platformer mascots like Mario. And now, looking ahead for several decades, the horror genre is one of the most common in games, and new releases, such as the upcoming MADiSON, are often released.

Announced back in July 2021, MADiSON is a psychological horror from the first person, which will be released in just a week and will be released on July 8, 2022. mechanics, several gameplay trailers have been released, each of which is scarier than the previous one. Locked in a dark room, the player must solve puzzles to advance, and must restrain the ancient demons who are trying to take possession of him, all the while armed with only an instant camera.

Looking at the gameplay trailer, it’s easy to compare MADiSON with the infamous PT demo. Eventually presented as a teaser for the new, now-cancelled Silent Hills, PT became groundbreaking after being released in 2014. Since then, almost all the other indie horror games have tried to borrow PT’s unique visual style and rhythm, but while most of them haven’t lived up to the hype, it seems that MADiSON really can handle it.

Based on the footage released for MADiSON, it seems that the action of the game will mainly take place inside a large house. This house is visually very similar to the house from PT, with completely white walls and sharp, bright lighting guiding the way through its long corridors. However, this house is not as clean as it seems. Using their camera, the main trick of the game, players will be able to see an otherworldly realm where dark spots of mold stretch along the walls, and monsters bend their bones in a terrifying animation similar to frame-by-frame animation. The whole tone and visual style of MADiSON seems very similar to PT: the player seems to be encouraged to be as careful as possible, as well as the feeling that he is in constant danger.

The main feature of MADiSON, the player’s camera, is what distinguishes the game from other PT clones. To complete the game and reveal the truth about the main plot of the game, players will need to photograph their surroundings and objects. As the player character shakes the created picture, hidden details of the environment will be revealed, such as hints to open the door, or hidden objects that will help the player fend off demons.

The player’s confidence in their camera seems to be a good fit for a lot of screeners, as every time the player takes a picture, there is a chance that a demon will appear out of thin air or the environment will suddenly change. If MADiSON can bring to life its unique idea and basic game mechanics, then it can easily become one of the scariest games of the year.