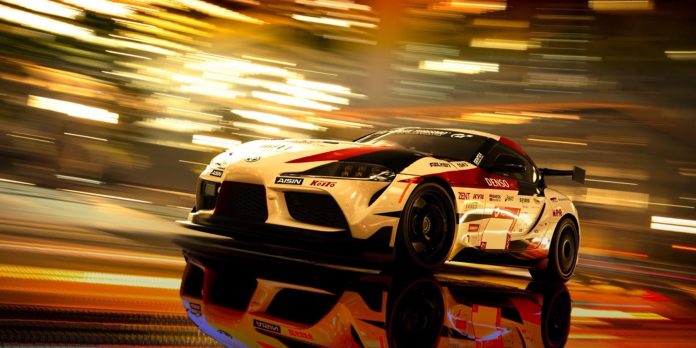 Slowly but surely, Gran Turismo 7 from Polyphony Digital solves the problems that arose on the day of launch, and replenishes its already impressive list of controlled vehicles. These content updates, each featuring three brand new cars, are released towards the end of each month, and it looks like the studio isn’t going to miss anything in July.

Namely, the lead designer of the franchise in general and Gran Turismo 7 in particular, Kazunori Yamauchi, has just posted on Twitter a small overview of what will happen next week. It would seem that players can expect another content update in numbers, but it is curious that Yamauchi only shared mysterious tantalizing information about the three vehicles presented, forcing the community to theorize about what they might be.

Since the biggest GT fans have probably played most of the previous Gran Turismo games and have a good idea of what Polyphony Digital can count on, it looks like the community has already figured out what these three cars are. The topmost model looks like the legendary Maserati A6GCS/53 Spyder: a classic sports car from 1953, and on the right the characteristic wing design shows the 1982 Nissan Skyline Super Silhouette. Interestingly, the car pictured on the left is not like that. It’s easy to guess, but the silhouette resembles a Porsche 918 Spyder.

Anyway, Yamauchi confirmed that the update will be released sometime next week, which should give Gran Turismo 7 car collectors a couple more interesting and potentially desirable cars to chase. It’s also interesting to note that this effectively strengthens the content release model after the GT7 launch: apparently, players can almost certainly expect to receive exactly three new cars in the last week of each month.

However, those who are stuck in the game will know that there is more to the content update at the end of the month than just new cars. Update 1.17 for Gran Turismo 7, for example, also included the long-awaited Watkins Glen track, which gave players another challenging track to master. Yamauchi didn’t say much on this front at all, and although there is a reasonable assumption that some track will also appear, it is also worth noting that this has not been confirmed at the moment.

Of course, update 1.17 also includes several new book Menu items for Gran Turismo 7. This means that the content schedule model is at least somewhat flexible, and that the Yamauchi team from Polyphony Digital may have surprises for the community. There should be a more detailed update announcement coming soon next week.

Gran Turismo 7 is already available on PS4 and PS5.

Netflix Games Are Available All Over The World!

Avatar: Reckoning Is The New Mobile MMORPG Of The Famous James...