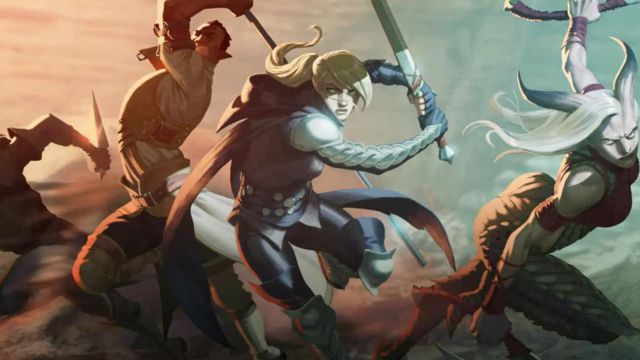 BioWare confirms this through its official book, which reviews its 25 years as an active development studio.

The future of the Dragon Age saga goes through a completely new installment, a video game that was officially announced during The Game Awards 2018, but of which only a couple of advances have been shown in the form of teasers. BioWare, which is also immersed in the development of a new Mass Effect, continues to shape this new chapter, which currently has no definitive name. What is known is that it will be set in Tevinter, as revealed in the book BioWare: Stories and Secrets from 25 Years of Game Development.

“As BioWare enters its 25th anniversary, the Dragon Age team is hard at work on Morrison, the codename of the long-awaited game that will continue Dragon Age: Inquisition,” they explain on page 324, in an entry titled The Frontiers. from Tevinter: A look at the continuation of Inquisition. Later, the following sentence appears: “The game, led by executive producer Mark Darrah, will take players to Tevinter”, in a context that follows the events of the most recent installment, where a threat that can change is emerging Thedas forever.

For now, there has been an important change with respect to what they publish in the book. And is that Mark Darrah left BioWare recently, and did not do it alone. Casey Hudson, the studio’s general manager until now, resigned from his position and the Canadian developer will not continue in the ranks. Will these marches affect the main narrative of the video game? It’s too early to tell. Until no one says otherwise, Tevinter will be the main location for the next Dragon Age.

BioWare will release Mass Effect: Legendary Collection this spring. This is a remastering of the classic trilogy for PS4, Xbox One and PC, although it will also work on PS5, Xbox Series X and Xbox Series S thanks to backward compatibility. Beyond this project, Anthem version 2.0 continues, as well as a new installment of Mass Effect.

Asus ROG Phone 5 passed the test, its features were seen