Home Entertainment The New Digimon Story Is Still In Development: Based On Olympos XII... 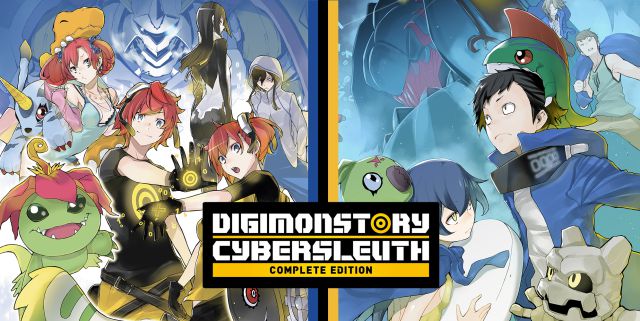 Digimon Story: Announced years ago, this new installment will revolve around the group of Digimon inspired by the gods of Greek and Roman mythology. The new title of the Digimon Story saga, announced back in 2018, has confirmed that it is still in development during the Digimon Con 2022 event held this past weekend. Kazumasu Habu, producer of the Digimon video games, explained during the event how things are in the development of this title and what we can expect from the work after the much celebrated Digimon Story: Cyber ​​Sleuth and Hacker’s Memory, of the most appreciated by the fans.

All the news about the next Digimon Story

Like previous installments, the next Digimon Story will be a JRPG, only this time it will take place entirely in the Digital World with a story based on Olympos XII (Twelve Olympians), the group of twelve Mega Digimon whose enormous power collides with the of the Royal Knights. No further details about the development have emerged; neither an approximate release date nor the platforms on which the title will be released.

Each of the Olympos XII protects their own domains and are, in essence, the protectors of the Digital World; but they do not exist in the same as Yggdrasil, but in the Digital World Iíada. This group, so loved by lovers of the lore of the saga, is based on the Greco-Roman myths of the Twelve Olympians.

Digimon Story, one of the most beloved Digimon subsagas

Digimon Story is a highly respected name in the Digitmon video game universe. RPG adventures with turn-based combat with enormous depth in its combat system; investigations in the real world and the Digital World; mysteries to solve; a worked history and links with our Digimon, since it is still an RPG tamer.