Home Celebrity The new couple for this season is revealed 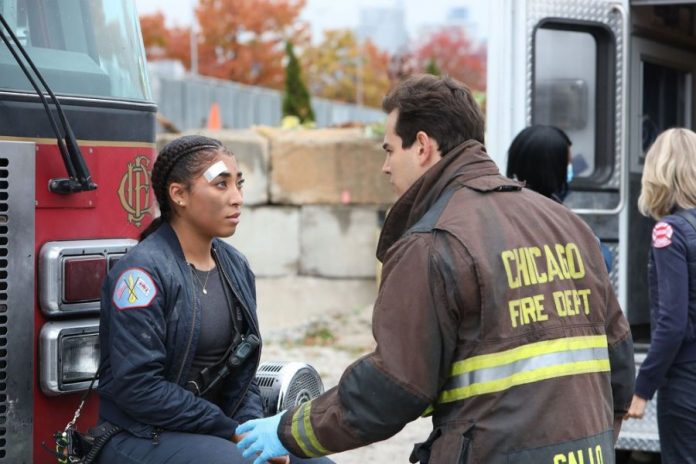 Chicago Fire season 9 has revealed another big surprise for all viewers of the show, with a new relationship that many did not expect or did not realize. Gianna Mackey (Adriyan Rae) and Blake Gallo (Alberto Rosende).

Recall that after Blake Gallo risked his life to save Gianna Mackey in the middle of an explosion, they established a much closer connection.

Seconds before the explosion, Matthew Casey (Jesse Spencer), yelled at Gallo not to approach that he was very dangerous, but, he did not pay attention. So Casey sent him home for a couple of days.

But, Mackey then went after him to see if he was okay. And in a scene that showed all the chemistry they have, the love cruise between them took place.

They both promised to keep it a secret, but the other day, Gallo himself ended up freeing Joe Cruz (Joe Minoso), who had already scolded him for not having previously declared to the paramedic Mackey.

Without a doubt, season 9 of Chicago Fire has opened the doors for the new couple on the show, so everyone is waiting to see how Mackey and Gallo’s relationship will develop.