Clubhouse came up with a new voice chat feature, Wave. Good news came from the application for users who have been listeners so far.

Clubhouse recently opened the feature in surprise, after the Wave leak that emerged last week. The interesting thing is that in the article written for the promotion of the feature on the company’s blog, Jane Manchun sent greetings to Wong. But what can we do with this new Clubhouse voice chat feature?

The Clubhouse Wave feature, which was leaked last week, is not used to invite friends to public chat rooms, contrary to predictions. The company, which published a long article on its own blog, first sent greetings to the leaker Jane Manchun Wong. It is also very interesting that this greeting is linked to Wong’s Wave post.

The company, who wrote the article in a very entertaining way in the line of Clubhouse, explained that the feature was developed to create chat rooms between friends. Perhaps one of the biggest shortcomings of the app was that people couldn’t communicate outside of chat rooms. Users who are only listeners in these chat rooms will now be able to create their own private chat rooms. 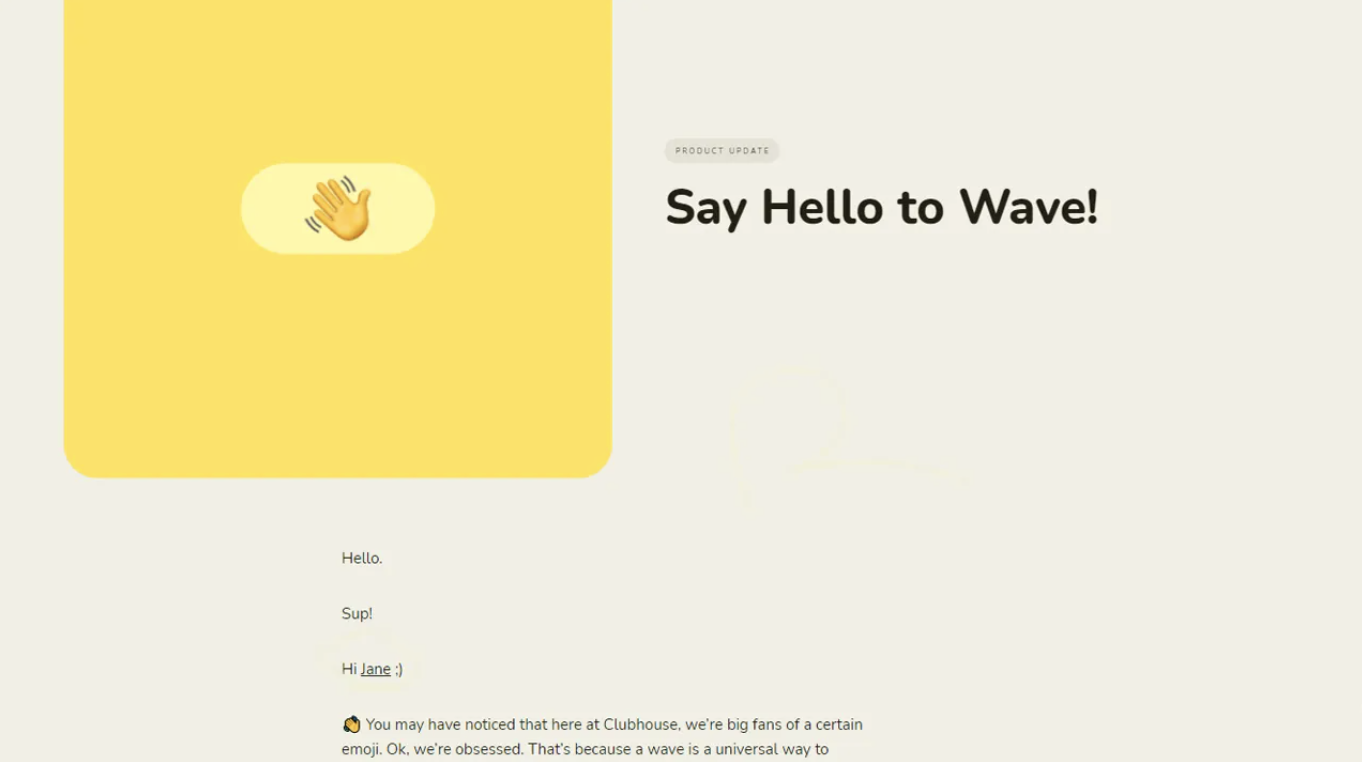 Accordingly, with the Clubhouse Wave feature, it will be possible to see which of your friends are in the application. To invite your friends to a private chat, simply click on Clubhouse’s famous waving emoji.

You can see which of your friends are in the rooms by navigating the clubhouse flow, that is, the corridor. Apart from that, you can send greetings to your friends in the application via the three dots at the bottom left of the screen. When you receive a Wave from a friend, you have to approve the notification.

There are over 700k rooms opened every day on Clubhouse. Yes, that includes the big moments you see in the news — but it’s also lots of lovely, small rooms between friends.

So we built a new feature to make those casual chats even easier! Say hello to Wave 👋 pic.twitter.com/3A24CBbAxW

While Clubhouse is still popular, its biggest competitor, Twitter Spaces, is much more popular these days. However, the Wave feature of the application took the competition to a much different point with its attack. In this sense, there is a possibility that Twitter will enable a similar feature for Spaces voice chat rooms.

According to the article, one can join multiple Wave rooms at the same time. When you want to leave these rooms, you can easily leave the rooms with the Wave control bar. When you put the application in the background, Clubhouse pauses the Wave feature to avoid being pulled into a room unintentionally.