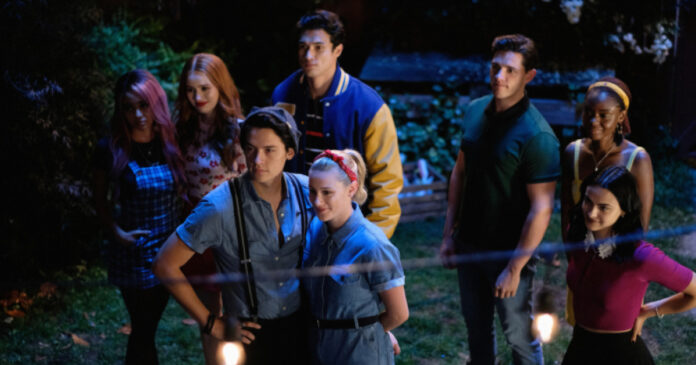 The recent Riverdale season 4 ended in early May 2020 due to the coronavirus outbreak in the U.S. The show had already been renewed for season 5 in January, which will premiere on January 20, 2021.

Recently Vanessa Morgan posted a photo confirming that her real life pregnancy has been written down in the Riverdale season 5 story. In the post, Morgan thanked her showrunner and producers for adjusting to her situation.

Vanessa Morgan also thanked her for writing her pregnancy on the Riverdale script to make things easier for the actress. In the same post, Morgan also revealed that she is now almost 9 months pregnant and has already started her maternity leave.

In Vanessa Morgan’s post she expresses gratitude to Aguirre-Sacasa for being so accommodating, and Aguirre-Sacasa also thanks Morgan for giving her best despite her Riverdale pregnancy.

At this point it’s not very clear how Vanessa Morgan’s (and Toni) pregnancy will unfold in Riverdale. In fact, unlike in real life, fans don’t even know who the father of Toni’s son is.

Given that Riverdale is heading into a seven-year time jump sometime during season 5, it is quite possible that Toni will be shown pregnant only after the time jump and the mystery surrounding her character will involve the identity of her father. son.