Home Entertainment The new Call of Duty game mode can be launched together with... 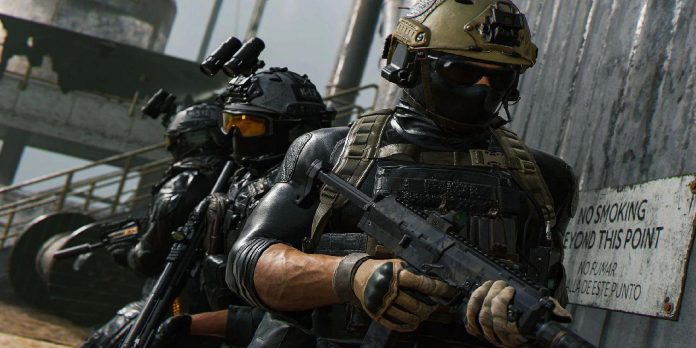 Along with the long—awaited remake of Call of Duty: Modern Warfare 2, another release that fans of the cult shooter franchise are looking forward to is the launch of Warzone 2. Call of Duty: Warzone is a free version of the game in the “battle royale” genre. The traditional Call of Duty formula, which allows a quick shootout to be mixed with an open map, giving players time to equip and prepare before they encounter another squad. Warzone proved to be incredibly popular in the years after its launch, which led to further expectation of its continuation.

Now fans have an announcement and an estimated release date for Call of Duty: Warzone 2, and as this day approaches, many will learn more details about the upcoming battle royale, including the addition of a game mode that was previously considered only part of Modern Warfare 2. However, the ESRB list for Call of Duty: Warzone 2 mentions a new DMZ game mode, which prompted fans to assume that it will be included in the game at launch.

DMZ is reportedly a game mode inspired by the successful FPS Escape From Tarkov. Full information about how the mode will play has not yet been disclosed, and Activision has not even confirmed that the DMZ will appear at all. However, at the end of 2021, information about the new Call of Duty game mode was leaked. At that time, many expected that he would appear in the premium version of Modern Warfare 2, and not in the free Warzone. However, without mentioning DMZ in the ESRB ranking first, it seems that DMZ could be an exclusive Warzone 2 game mode.

Currently, since Activision has not yet confirmed the inclusion of DMZ in any of the upcoming releases of Call of Duty, fans can only wait and see if a new game mode will appear in the games. Hopefully, before the launch date, gamers will not be in the dark about whether DMZ will be enabled. Activison has a big Call of Duty event scheduled for mid-September, where he will present a multiplayer mode for Call of Duty: Modern Warfare 2 and a lot of other details about both this title and Warzone 2.

At one point, some were concerned that Call of Duty: Warzone 2 would not be released in 2022. However, it seems Activision is fully expecting a launch in the coming months, and that will probably mean a whole lot of game footage and more. will be shown at the aforementioned September exhibition. Hopefully this can also include DMZ gameplay.

Official preview of the new Batman Costume for Gotham Knights