Home Entertainment The Nevers: all about the HBO series premiere

The Nevers series took place this Sunday (11) and has already caught the attention of fans of serials. Mixing special and curious powers with parallels between the Victorian era and our reality, the first episode provided a better idea of ​​who the characters are – even though there is a lot of ground to cover until we really understand what is happening in this universe.

More details about the premiere of The Nevers series

The episode begins by showing some women who, at first, seem normal – that is, nothing extraordinary is happening. The most curious, perhaps, is the one being taken to an asylum. Even so, the first scenes are nothing more than a normal day in everyday life. They all look at the sky at the same moment and it is only after we find out what they saw there that the plot actually begins.

This was the moment when, three years before the events of the series began, a ship passed through London, causing a special phenomenon: some people acquired powers. The group became known as The Touched. A woman can conduct electricity, an opera singer can affect people who hear her voice and so on.

With that, the first mysteries of The Nevers begin to emerge. Someone is kidnapping touched people and doing cruel experiments on them. In addition, the woman who was taken to the asylum became a serial killer.

At the heart of it all is Amalia True, played by Laura Donnelly, and Penance Adair, played by Ann Skelly. The two wander around London trying to find the Tocados and take them to a kind of orphanage, owned by Lavinia Bidwell (Olivia Williams). The place functions as a reception and protection center for these special people, being a refuge for those who cannot find their place in society.

Right in the first episode of the HBO series, we were able to see many parallels with our current society. This is relevant not only in the sense of machismo in the Victorian era, but also in the way the Tocados are treated by London society. They are seen as the minority, the strangers and misunderstood. Therefore, you can already understand how the central theme of the series permeates marginality and oppressive systems.

In general, the series premiere brought more questions than answers (which, of course, is normal for a first episode). So we are curious to find out what happens next!

The next episode of The Nevers will be broadcast next Sunday (18), also on HBO. What did you think of this debut? Leave your comment in the space below! 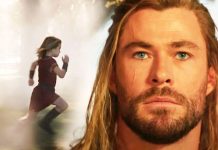 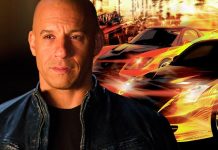 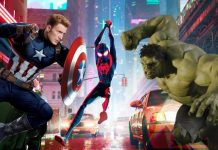