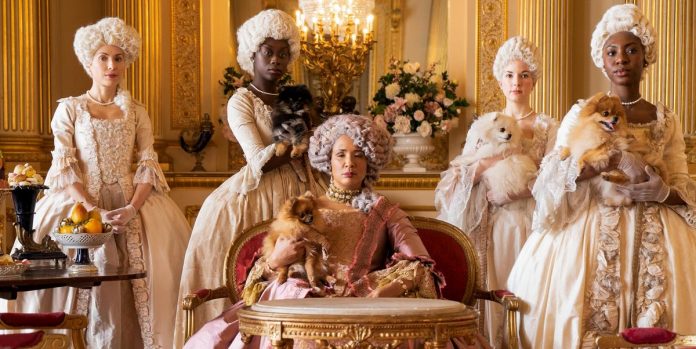 The incredible landscape and architecture of the Bridgerton series, is impressing all the viewers of the Netflix platform. But where in the UK are these castles?

First of all, let’s remember that the series was filmed before the coronavirus outbreak with the cast and crew filming in some beautiful old castles and stately homes across Britain.

The Tudor Palace replaced the incredible palace of Queen Charlotte in the show. The Grade I listed building was built in the 16th century and features tennis courts and

Residence of the Duke of Hastings – Wilton House – Salisbury

This place that was used to replace the Duke’s home, Wilton House in Salisbury. But, the house is actually the home of the Pembroke family, who have owned it for generations, around 478 years.

In this place, the popular couple from the program, was seen performing some hot scenes outdoors. They used this place after they got married.

Lady Danbury’s house was also filmed as the elegant Holbourne Art Museum in Bath, Somserset. The magnificent Grade I listed building was the first public art gallery in the city of Bath and today houses some classical pieces.

Ranger’s House in London, which was the home of the series’ titular family. As the name suggests, this was once the official residence of the Greenwich Park rangers, which was an appointed position by the Royal Family in the 19th century.