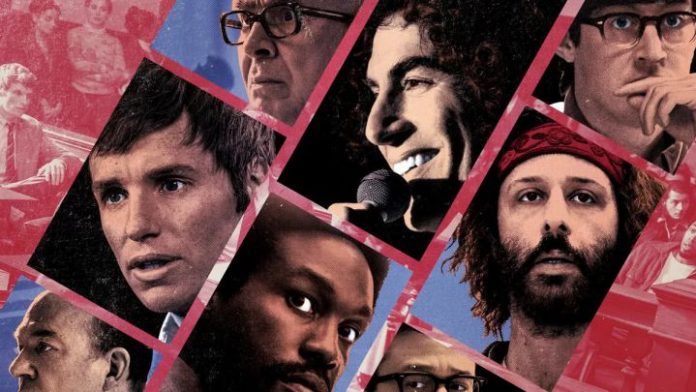 Nowadays, and thanks to the magic of streaming, we can watch movies on our mobile and tablet thanks to the apps from Netflix, HBO, Movistar, etc. The pioneer in this of streaming, the YouTube platform, had already offered this option for years … Although it was not exactly very legal, since it involved users uploading movies and skipping copyright even if they inverted the image or put it covering 75% (or less) of the playback screen.

It is still happening, although to combat it, Google’s service established a channel called ‘YouTube Movies’ that allow us to do the same thing as a digital video store: rent for hours, days or buy a digital film. As for platforms like Netflix, to see their content you have to be subscribed and use their streaming platform, but not this weekend. At least not for this movie.

Released in October last year as a Netflix original, the Chicago Trial of the 7 film recreates the violent pitched battle with the Police and National Guard that broke out in 1968 at the peaceful protest at the Democratic National Convention in Chicago.

The protest organizers were charged with conspiracy to incite a riot, and the subsequent trial was one of the most notorious in American history, recreated with a cast including Eddie Redmayne, Sacha Baron Cohen – who got along very well. Criticism for his performance-, Joseph Gordon-Levitt, Mark Rylance.

Well, if you missed it, or if you are not directly subscribed, the Netflix platform gives you the viewing of The Trial of the 7 in Chicago to commemorate the anniversary of the mythical trial, free and at no cost, although subject to a couple of conditions:

You do not see the film on Netflix, but it has been posted on its YouTube channel
It will only be for this weekend for 48 hours, being free and accessible on Friday and Saturday
Given that nowadays we can watch YouTube from countless devices, either on a mobile phone or on a TV, it is a good opportunity to discover a great film. And by the way, thank Netflix for the unexpected gesture.