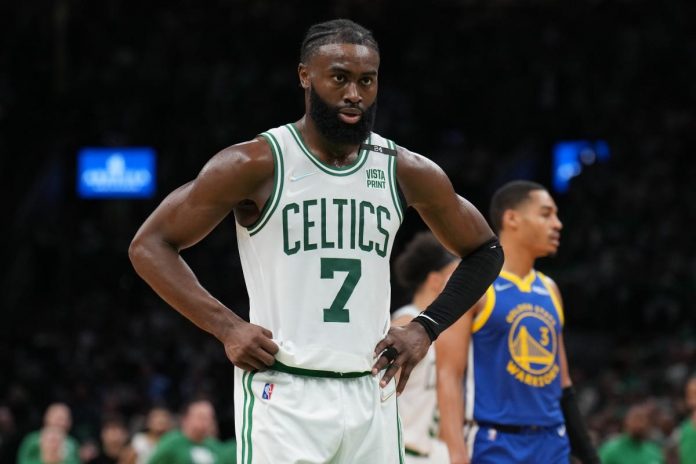 Celtics All-Star contestant Jaylen Brown heard the noise of the offseason and made it clear about his feelings about it by writing a somewhat cryptic tweet earlier in the week.

The NBA world reacted to Brown’s tweet on social media.

“For years I’ve been telling Celtics fans to stop disrespecting the team’s best player, they just don’t know the ball,” one user commented.

“And he played the whole finale,” said another. “Mmm.”

“He likes Boston,” the Globe’s Mark Murphy tweeted, citing a source. “He was two games away from the championship. He is happy and looking forward to returning. … Like Kawai, AD and others at this level, he will be included in every report because of who he is.”

“Come to H-Town, bro, we will love and respect you,” the fan said.

“It’s time,” the other replied.

“So where are the people who think players should be blindly loyal to the team?” the Lakers fan site asked.

Brown has been working very hard on his game since the Celtics selected him third overall in 2016, and by the age of 24, he had developed into one of the best outfield players in the game.

The reaction of the college football world to EA Sports news...