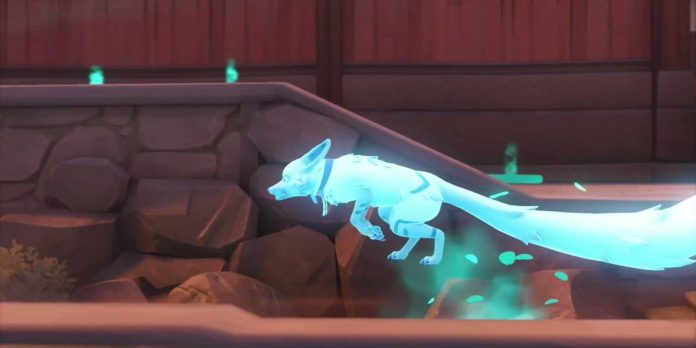 A screenshot of the description of the Overwatch 2 Watchpoint Pack began to spread on social networks, from which the name of the elusive Kanezaka Fox Girl may have leaked: Kiriko.

The screenshot, which was posted on Reddit in r/CompetitiveOverwatch, and then on Twitter, contained some details about the Overwatch 2 Watchpoint Pack and the combat pass. In the second half of the description, there was a sentence that said: “As the owner of the Premium Battle Pass of the first season, you will automatically get access to the latest Overwatch hero Kiriko.” This has now been removed from the description of the Overwatch 2 Watchpoint Pack.

After attending a content creators summit with Blizzard, John “Wanted” Lin may have almost missed a name during a live broadcast. Answering questions about the hype that led to the release of Overwatch 2, Wanted asked who they would like to see in charge of the game. He started to reply, “I was thinking about Kiri…”, but stopped and awkwardly mentioned Kirito, a Sword Art Online character, in an attempt to possibly try to hide it.

Has the description of the Watchpoint Pack been updated, has Kiriko’s name been confirmed and blocked for a combat pass?? from the competitive

When a screenshot describing the Overwatch 2 Watchpoint Pack began to spread on social media, some fans expressed concern about the way to get new heroes. The combat pass system will be new to Overwatch, and although there will be a free and premium combat pass, fans were fascinated by the association and proximity of the word “premium” to the supposed name of the new hero “Kiriko”. This has become the biggest topic of discussion for fans who think they will need to buy a Premium Battle Pass to get new Overwatch heroes. So much so that John Spector, Overwatch’s commercial director and vice president, sent out a tweet to reassure the masses.

His tweet doesn’t mention the hero or his name, but assures fans that the new heroes that will appear in Overwatch will be available on the free Battle Pass path. What this means can be analyzed another time, but the fact that the senior member acknowledged this information leak and called it “incomplete information” gives some credibility to the fact that the new hero is called “Kiriko”.

Since there is less than a month left before early access to Overwatch 2, Blizzard has little time left to start the hype around the game. Assuming the company can announce something during a larger event, Overwatch League is hosting a LAN event in Toronto from September 8-11. Blizzard revealed the new heroes during an Overwatch League match a few days before the league was based in Burbank. He could use the opportunity to tell more about the new hero at Homestand in Toronto, which is the hometown of another new Overwatch 2 hero, Sojourn.

Overwatch 2 will be released on October 4 on PC, PS4, PS5, Switch, Xbox One and Xbox Series X|S.