Home Entertainment The Mythical E.T. It Was Going To Be A Horror Movie But... 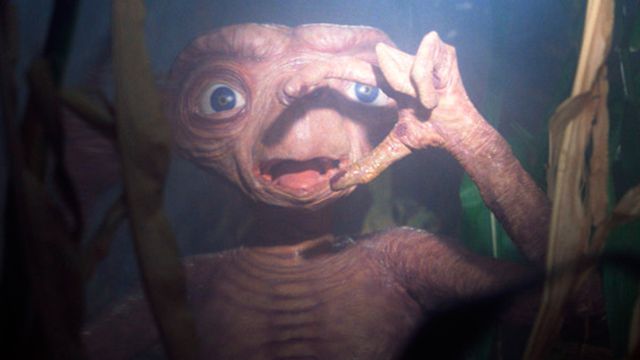 E.T.: One of the movie icons of the ’80s could have been a lot different, going from the popular benevolent creature to a terrifying alien. The iconic movie E.T. by Steven Spielberg was born as a horror film, although soon the director himself changed his mind to go for a kinder, more tender and even dramatic film. This is how the medium Slash Film picks it up from the book The Films of Steven Spielberg by Neil Sinyard, where this curious story about one of the most representative films of the 80s is discovered.

And it is that after the success of Close Encounters of the Third Kind, Columbia wanted to develop a sequel even though Spielberg had other projects in mind, ruling out directing him and writing a first draft. That first script was titled Night Skies and presented a family that was besieged on their farm by an alien race, with a clear focus on terror and thriller, as well as adding Budde, a more benevolent alien who established a friendly relationship with the son. autistic family.

However, at that time Spielberga was fully involved in the convulsive production of Raiders of the Lost Ark and longed for a somewhat calmer project. The opportunity came when the filmmaker showed the script to Melissa Mathison, who saw in this relationship between a benevolent alien and a child a perfect opportunity to create something totally new.

That’s when Spielberg finally scrapped Night Skies and began working with Mathison on a movie called E.T. and Me. Columbia did not want to bet on a “Disney-style” product and rejected the idea. Then Universal came into play, a production company that took over the rights to create E.T., the extraterrestrial; and the rest is movie history.

Even so, the ideas of Night Skies did not fall on deaf ears and Spielberg took advantage of them for projects in which he later participated, such as Poltergeist or Gremlins.

John Cena asked Nintendo for a new two-dimensional Metroid, and they...