Home Entertainment The Murderer’s Shopping List, The Mystery Drama You Should Expect 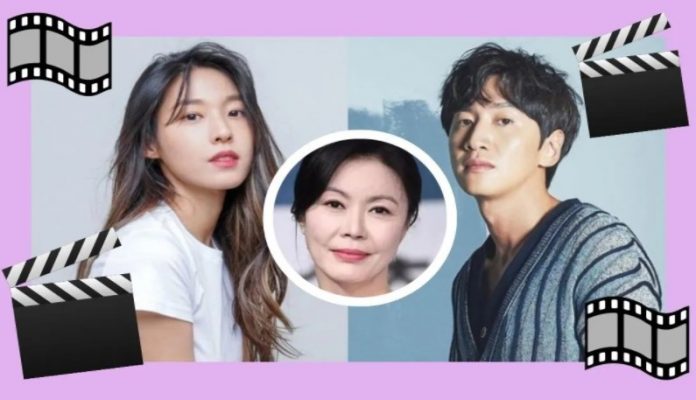 The production has shared a little more than you could enjoy with the performances of this great cast.

2021 is not over yet and we already have some exciting projects that will make 2022 a year full of memorable Korean dramas, one of which is shaping up to be a fan favorite is The Murderer’s Shopping List.

TvN’s new K-Drama will star Seolhyun, Lee Kwang Soo, and Jin Hee Kyung, who will be immersed in a mystery story, but will also feature their funny moments with comedy scenes.

WHAT IS THE STORY OF THE K-DRAMA THE MURDERER’S SHOPPING LIST?

The plot of The Murderer’s Shopping List centers on Ahn Dae Sung (Lee Kwang Soo), a worker in a family store where his mother is the manager (Jin Hee Kyung). Do Ah Hee (Seolhyun) is a skilled cop who is determined to find the criminal who left her victim’s body outside of Seoul city.

What is the connection of the protagonists and who is the person who ended their days in the hands of a dangerous aggressor? Maybe Ahn Dae Sung’s mother knows something, now everyone will become a suspect in the crime.

In addition to the great cast for the project, the director of The Murderer’s Shopping List is another great reason to follow the drama closely, as it will be commanded by Lee Eon Hee, famous for his action films, while the script runs in charge of Han Ji Wan.

WHEN IS THE DRAMA THE MURDERER’S SHOPPING LIST RELEASED?

Since we are in the final stretch of 2021, the production will end with some preparations before its recording and the meeting of the cast for the first reading of the script, it is estimated that The Murderer’s Shopping List will be released in the first half of 2022.

Wait patiently for the premiere of The Murderer’s Shopping List with our incredible recommendations, check our list of… K-Dramas where the protagonists have known each other since childhood.

Nintendo Rejected Employees If Their Date Of Birth Fell On Days...