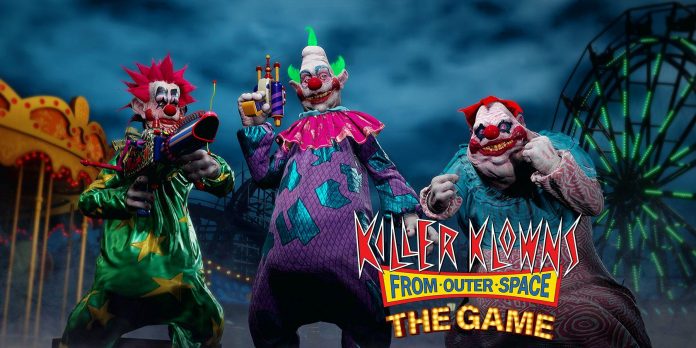 Due to the absence of E3 over the past three years, other video game conferences have had to do harder work. Gamescom 2022 is a six—day event where many people are excited about both expected and unexpected announcements, the latest of which includes the world premiere of Killer Klowns from Outer Space from developer Teravision Games.

The asymmetric multiplayer horror game Killer Klowns from Outer Space was created by the executive director of Friday the 13th: The Game 2017. The trailer for the new release has already been called the “most unusual revelation” from Gamescom 2022, which, as it is, shows Killer Clowns from outer space. Although little can be learned from the minute-long trailer about the game, Killer Klowns from Outer Space will be released in early 2023 on several platforms, and registration for beta testing is available now.

The Gamescom trailer for Killer Klowns from Outer Space does its job perfectly, encouraging viewers to want to know more about this obviously crazy upcoming indie game. The short clip, accompanied by a simple jingle reminiscent of an Alice Cooper song, begins with an unsuspecting teenager swinging in his room, while explosions and people running can be seen on the street. The doorbell rings, and three grotesque clowns are waiting on the other side, hidden behind a stack of pizza, and one of them is armed with what looks like a plastic blaster.

On the official website of the game, you can learn a little more about Killer Clowns from outer space. As can be seen from the Gamescom trailer, the game takes place in the 80s, but many may not know that it is based on the 1988 comedy horror film of the same name. In the city of Crescent Cove, players will have to “unite and use [their] ingenuity” to either save the locals or, in the role of invading killer clowns, gather people.

To fight the clowns, players can team up with seven people and will be able to choose their class before heading to Crescent Bay for loot and weapons. The goal will be to avoid the clowns and, of course, not to be crushed while trying to prevent the invasion of the killers. The invading clowns will be able to play as a group of three, which is a unique twist in the well-established asymmetric mechanics of multiplayer horror gameplay, and they will have an arsenal of unusual weapons and funny abilities that will help them in hunting people.

As for the playing field, the Crescent Cove map will be randomly generated and should provide a variety of locations to make it interesting. The “Big Arena” will provide many opportunities for tactical play for both people and clowns.

Killer Klowns from Outer Space is scheduled to be released for PC, PS4, PS5, Xbox One and Xbox Series X in early 2023.

GTA Trilogy: Rain Hurts The Eyes In The New Look Of...