Home Entertainment The Ms. Marvel Series Will Arrive In 2022 On Disney + And... 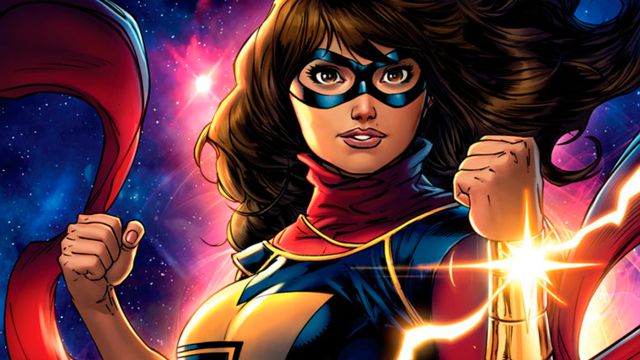 Ms. Marvel: The next Marvel Studios series as part of the MCU starring Kamala Khan delays its premiere to early 2022. Ms. Marvel, one of the next Marvel Studios series as part of the UCM that should arrive at the end of this year 2021 is finally officially delayed to 2022, on a date yet to be specified, although it should arrive at Disney + during the first quarter of year. This is collected by the Variety medium, justifying the decision of Marvel and Disney after some delays in the premiere of their productions, thus removing the gap for this year to the new series starring Kamala Khan.

Ms. Marvel will no longer be released in 2021

Thus, the medium Variety has confirmed with Marvel Studios that Ms. Marvel will no longer see the light this year on Disney +, delaying its premiere at the beginning of 2022, on a specific date yet to be determined. And it is that after the latest movements in the Marvel premiere calendar, this new series already shot this year has run out of space in 2021, taking its place Hawkeye, of which we already have its first trailer and final release date as well. on Disney +.

Even so, the latest rumors place Ms. Marvel on the premiere grid of the Disney platform in February 2022. Let’s remember that Ms. Marvel introduces this new superheroine to the UCM, a young Muslim woman who is a fan of Captain Marvel and that it acquires its powers, at least in the comics, from the Inhumans; We will see how they explain the origins of it in the UCM.

Among her main powers are her ability to change size and shape, with the ability to increase the size of her limbs to hit harder or increase her height. For the role Marvel has entrusted a newcomer actress such as Iman Vellani, whose participation in The Marvels (the sequel to Captain Marvel) has already been confirmed.