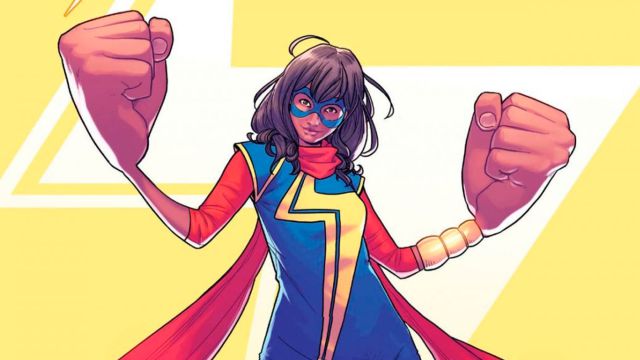 Ms. Marvel: The next series starring the young Iman Vellani enters the post-production phase with a view to its premiere this year; connection to The Marvels. One of the next Marvel Studios series for Disney + as part of the UCM, Ms. Marvel, has already completed its filming and is entering the post-production phase for its premiere on the popular streaming platform at the end of this year 2021. Thus has transcended through the Variety medium, sharing interesting details of an adaptation that will connect directly with The Marvels, the sequel to Captain Marvel that will introduce both Kamala Khan (Ms. Marvel) and Monica Rambeau (Scarlet Witch and Vision) with Carol Danvers, the powerful superhero played by Brie Larson. Young actress Iman Vellani debuts with her Kamala Khan / Ms. Marvel.

Thus, the series has already finished its principal photography in Thailand, although reshoots may be necessary for its final editing. All this coinciding with the third wave of coronavirus in the Asian country, where significant mobility and confinement restrictions are being carried out. According to Variety, the filming in Thailand corresponds to episodes 4 and 5 of the series, out of a total of 6, in this case under the direction of Sharmeen Obaid-Chinoy.

The rest of the episodes have been directed by Adil El Arbi, Billal Fallah and Meera Menon, while Bisha K. Ali is the co-writer and showrunner of the series. As we say, Ms. Marvel will have 6 episodes, an origin story inspired by the events of the comics starring Kamala Khan, a young woman from New Jersey of Pakistani origin fan of Captain Marvel who discovers that she has superpowers; In her comics, her origins are inhuman, although in the UCM it is not clear at the moment if they will introduce the character in this way.

Ms. Marvel debuts on Disney + later this year with a specific date yet to be announced. Hawkeye is scheduled to premiere around this time on Disney’s streaming platform as well.