Home Entertainment The movie “Peaky Blinders”: everything we know so far 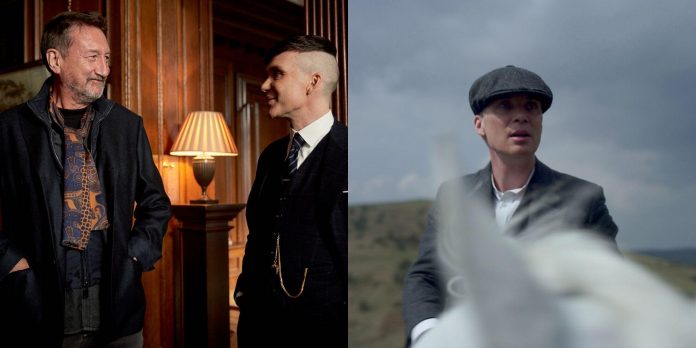 Ever since the sixth and final season of Peaky Blinders came out, fans have been clamoring for the movie, which has been confirmed to wrap up the series for a while now. There is not a tonne of information about the movie, especially since it is not even fully written, but the cast and creator, Steven Knight, has let fans in on some crucial reveals about the movie.

From notes about the movie’s creation to story elements, Knight has spoken in interviews about what the loyal fans of the Birmingham-based show can expect, and each bit of information gets fans more and more ready for its arrival.

Script Is Nearly Finished & Shooting In 2023

Peaky Blinders’ best episodes have incredible scripts, but writing a feature film screenplay is a different art form. Fans of Peaky Blinders are undoubtedly curious how the show will translate to the big screen with Knight’s writing, which he has confirmed he is nearly done with. Speaking with Heart Breakfast in anticipation of the Birmingham Commonwealth Games 2022 opening ceremony, Knight proclaimed he is “nearly done writing it.”

Following on, Knight says shooting is still scheduled to occur at some point in the next eighteen months, so 2023. Assuming it follows the natural Hollywood structure, the film can be expected in late 2023 or anytime in 2024 – that is pure speculation, though.

Filming At Steven Knight’s Studio In Birmingham & On Location

In that same interview, Knight confirmed where the show would be shot, confirming it to be a mixture of studio stuff and location, with all of it happening in Birmingham.

Knight said that it would be shooting in Digbeth in Birmingham, and since that is where the real-life Peaky Blinders roamed, he stated that “it’s like Peaky’s coming home.” Given the characters that could be (or rather should be in the minds of fans), such as Alfie, Oswald Mosley, etc., it seems unlikely for Birmingham to be the sole setting, but it does make sense for it to be where the majority of the movie is set.

Tom Holland Has An Invite

It fairly recently got confirmed by the man himself that Tom Holland had once auditioned, to no avail, for a role in Peaky Blinders (via YouTube), presumably for the role of someone like Michael Gray.

Since that news, though, Steven Knight has said that Holland can have a role in the upcoming movie, saying, “If he wants to come back for the movie, though, we’ll have him” (per Metro). Of course, this is nowhere near a confirmed thing. Still, should Holland appear in the movie somehow, it will be interesting to look back on this exchange.

In terms of official announcements, there has been little regarding the Peaky Blinders movie’s cast, but with so many awesome actors in the show taking up roles of exceptional characters, Knight and the creative team have no shortage of options.

Even before season 6, Knight had confirmed Cillian Murphy would reprise the role of Tommy Shelby in some form, which, as audiences now know, is alive and with a new lease of life (via Radio Times). Further stamping that point, Knight told DigitalSpy, “It’s impossible to say – but for the film, yes.” when asked about Tommy Shelby (Cillian Murphy) and Arthur Shelby (Paul Anderson).

Sam Claflin seems a shoo-in to reprise his role as arguably the show’s best villain Oswald Mosley alongside his wife, played by Amber Anderson, as does Ada Shelby, played by Sophie Rundle. Another individual who could have a crucial role is Hayden Stagg, played by the immense scouse actor Stephen Graham, whom Knight has said he wants to be a “part of” the film somehow.

The Peaky Blinders movie is spoilt for choice regarding the amazing characters from the show’s six seasons and place into the mix, but similarly to how Duke got introduced in season 6, much to the surprise of fans, Knight has promised new faces for the film.

When asked about familiar faces popping up, Knight confirmed in his interview with Heart Breakfast but said there will also be “some new faces that will hopefully be quite surprising.” Who these new faces could be (possibly Tom Holland) is anyone’s guess, and it will certainly be interesting to see how new characters are integrated into such an iconic cast.

Plans For Tommy To Be Redeemed?

Tommy Shelby is one of the most memorable leading characters in a TV show ever, and his moral ambiguity has made him such a complex and fascinating character to watch, electrifying audiences even if he is far from likable.

Knight, though, has always envisioned an ending for Tommy where he is redeemed and no longer the big bad leading the way, saying as such before season 6 (via Metro). By the end of the show’s final season, audiences could definitely see that begin to unfold as Tommy rides away on a white horse, having spared the doctor’s life following the massive twist of his fake TB diagnosis. While this was said outside the context of the movie, it seems inevitable that this road of redemption will continue for Tommy.

Fans can piece together some potential plot points the film will follow following the events of season 6, such as Finn seeking revenge and Tommy out for blood from Mosley, but few official details have come out.

Something that Knight has revealed, though, is that the story is “about a sort of untold story that happened in the Second World War, which Peakys are going to be involved in.” It was always maintained that the beginning of World War II, the sirens, would mark a natural end for the series, so it will be fascinating to see what creative spark led to Knight wanting to explore beyond that.

The tragic passing of the incredible actress Helen McCrory, who portrayed Aunt Polly in the show, was devastating to fans who adored her character, but there is no doubt that she can be felt throughout the show’s sixth season, and the movie will be no different.

When asked if Polly would still play a role in the movie and have an impact on the characters and their decisions, Steven Knight confirmed, “Absolutely. She’s such a fundamental part of what Peaky is; her presence rules.” It would not be Peaky without Pol’s influence, and fans will be happy knowing the characters will be written with her in mind.

The End Of The Road

Peaky Blinders was initially meant to have seven seasons, with a movie finishing it all up after the fact. Due to several factors, not least of all, the COVID-19 pandemic, season 7 has been replaced by this movie which will wrap up this story.

As reported by Variety, Knight has confirmed that this film is the end of the road for the show overall, saying, “that will probably be the sort of the end of the road for ‘Peaky Blinders’ as we know it.” Spin-offs are on the cards to take place in this same universe, but it is bittersweet to hear that this fantastic TV show will be all wrapped up in what is sure to be an epic two hours.

Amazon Prime announces spin-off of the fiction series that is on...