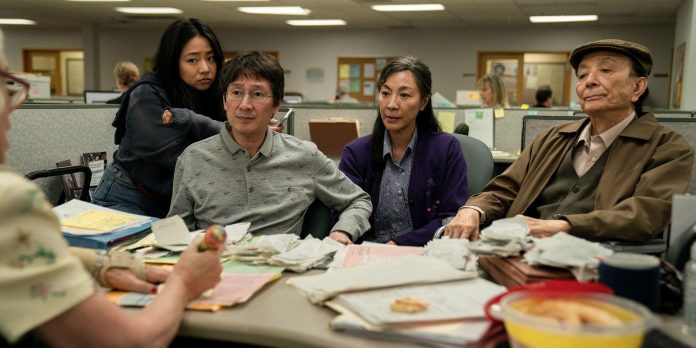 The popular fantasy film about martial arts “Everything everywhere and at once” will officially return to cinemas, now with an expanded version. In “Everything Everywhere at Once,” Michelle Yeoh plays Evelyn Wang, a Chinese-American immigrant and overworked owner of a self-service laundromat who is being investigated by the IRS. After discovering the multiverse and her ability to inhabit alternate versions of herself, Evelyn finds herself trapped in a war with alternate versions of her family members, including Joba Tupaki, an evil version of Evelyn’s daughter, Joy.

Now it has been announced that “Everything Everywhere and At Once” will return to theaters on July 29 with an expanded version via Deadline. The extended version of the popular film will include eight minutes of excerpts and a new introduction from the filmmakers Daniel Kwan and Daniel Scheinert, known collectively as Daniels.