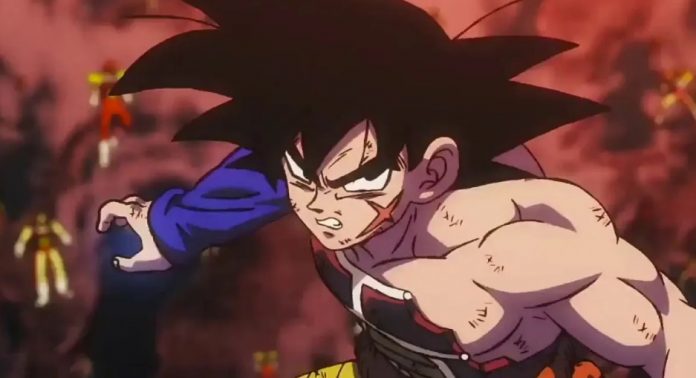 Dragon Ball Super: After starring in his own film, the powerful Saiyan had not appeared in any other Dragon Ball product. Dragon Ball Super: Broly is considered one of the best films in the saga created by Akira Toriyama. The expectations that have been generated around the new film are very high, so the trailer for Dragon Ball Super: Super has given much to talk about, especially considering that it has been developed with CGI animation. Beyond his visual style, the presence of Broly in the video is striking.

As can be seen, Broly trains with Goku on what appears to be the planet of Beerus, the God of Destruction. It is not seen with the naked eye and you have to stop the video in the exact frame, as can be seen in the tweet that we publish below. The character has not made an appearance in the official canon since his film, neither in the manga nor in the anime. It should be noted that Super Hero takes place time after the arcs narrated in the Dragon Ball Super manganime, specifically a decade after the defeat of the monster Bu.

Other interesting details have been glimpsed in the official trailer. Pan, the daughter of Son Gohan and Videl, concentrates energy as if she is transforming into a Super Saiyan. It is important to emphasize that in Dragon Ball GT, a saga that is no longer canonical, the character was never converted, despite the fact that she showed the potential to do so. Villains, on the other hand, sport the symbol of the Red Ribbon, the criminal organization of the evil doctor Gero. Gohan is also known to appear in the movie.

Dragon Ball Super: Super Hero will be released in 2022 in Japan. Despite the criticism received for the computer animation style, the voice of Goku, actress Masako Nozawa, has assured that it will meet the expectations of the fans. “I want to tell Dragon Ball fans around the world that this new movie, Dragon Ball Super: Super hERO is something that will surely exceed all your expectations.” She asks viewers to go to the movie theaters and not miss the opportunity to see her.

Why Spider-Man Can’t have Children, Finally explained to Marvel