Home Tech The most popular phone brands of 2021 have been announced! 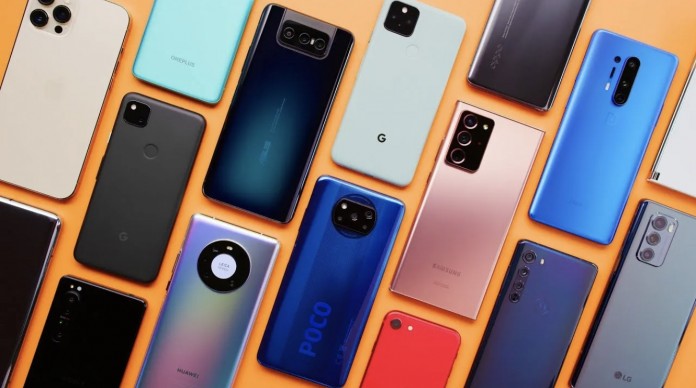 Counterpoint has clarified its market share rates for the end of 2021. At this point, Samsung was the phone at the top.

Counterpoint Research revealed its findings for the third quarter of 2021 in a report. At this point, Samsung showed that it is still the number one manufacturer in Europe. The report also revealed the data of 10 other smartphone manufacturers.

Counterpoint’s report shows that Samsung is the leader in Europe with a market share of 30.4 percent. Despite this, it also reveals that it lost market share as the growth fell by 16 percent. This company is followed by Xiaomi and Apple.

Xiaomi has grown by 51 percent 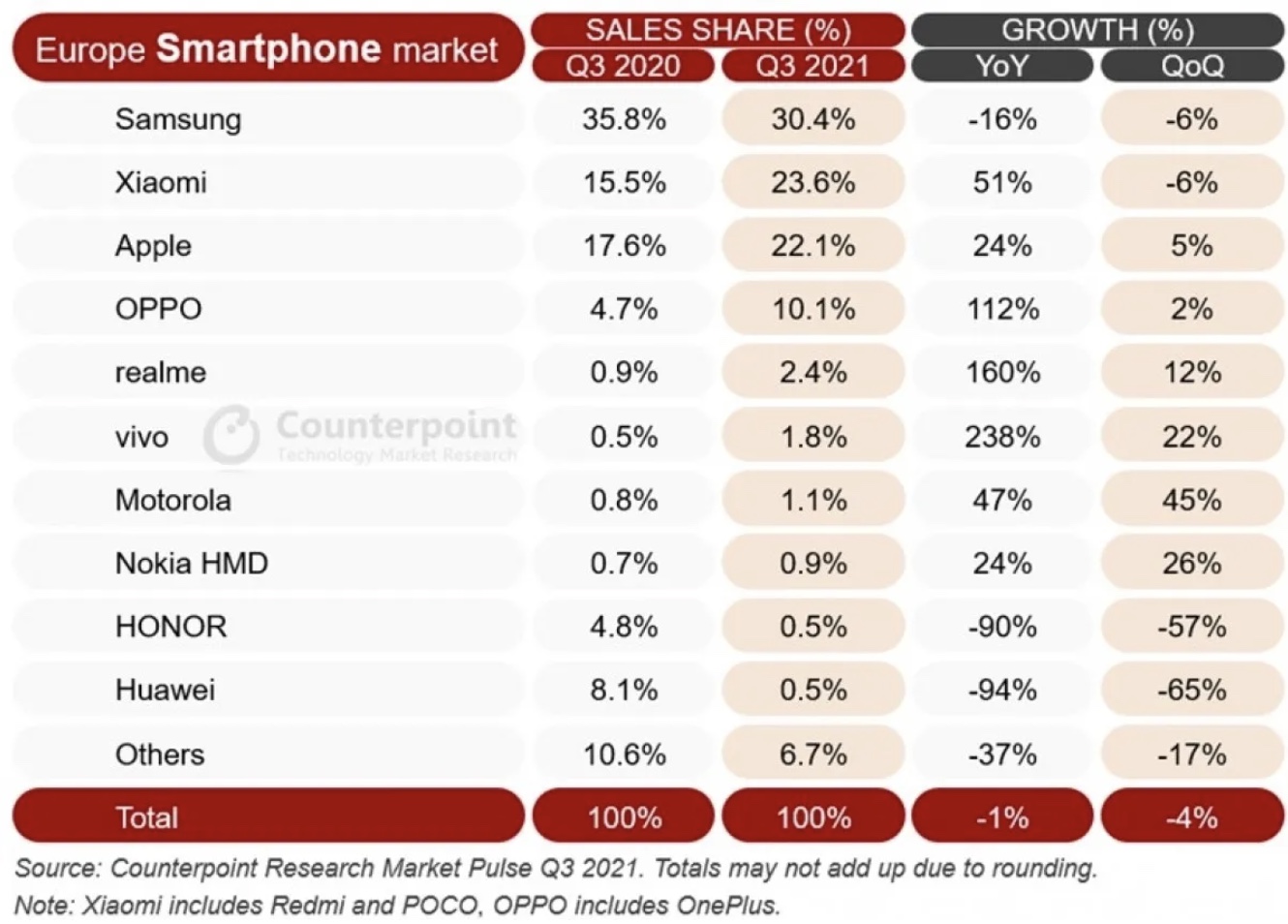 Oppo and realme managed to gain more market share with 10.1 percent and 2.4 percent respectively. Oppo achieved 112 percent growth, while realme achieved 160 percent. When we look at the rest of the list, we see that Motorola and Nokia HMD show healthy growth.

Market shares of Huawei and Honor devices are falling

We’re seeing a decline in Huawei and Honor devices. The biggest reason for this is the restrictions on the devices and the missing Google Play Services. Still, Honor recently announced that the Honor 50 series will be the first device to receive GMS support. Some of its devices are currently on sale in certain markets. This indicates that we may see some growth in the near future.

Looking at the Huawei side, it is not yet clear whether the company will be able to recover its sales in the Western markets in the future.

The chip crisis has affected Samsung quite a lot

Finally, the European smartphone market shrank by 1 percent year on year due to the chip crisis affecting all industries worldwide. At this point, manufacturers such as Samsung could not launch some important devices that would increase the sales of smartphones such as the Galaxy S21 FE. We’ll have to wait to see how the situation will play out in 2022 and how companies will perform over the holidays.

How do you find Samsung to be the leader in sales? Don’t forget to mention your ideas in the comments section!

Card Information Stolen of 5,700 People with Devices Placed at Gas...