Home Entertainment The most popular participants of the series “Real housewives of Dubai” on... 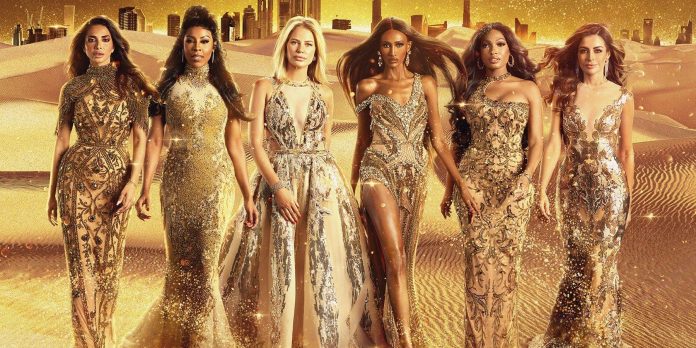 The girls featured in the new edition of Bravo’s Real Housewives series, The Real Housewives of Dubai, have millions of Instagram followers. The six actors whose professional and personal lives are documented are Nina Ali, Chanel Ayan, Caroline Brooks, Dr. Sarah Al Madani, Leza Milan and Caroline Stanbury. It’s been almost a month since the series premiered on June 1, and so far fans have been pleased with the amount of drama, entertainment and wealth the show has brought.

Instagram and other popular social networks are not only an easy way for RHODubai stars to communicate with their thousands of fans, but also an easy way to report news about everything that happens in their lives, especially in their business. While the actors spend a lot of time promoting their current season, Instagram is also a popular place where reality TV stars can poke fun at each other. Caroline Stanbury and Chanel, for example, have already found themselves at odds, and as the season continues, more conflicts are sure to arise.

Although social networks are not a completely transparent representation of the life of reality TV stars, fans of “Real Housewives” like to follow their favorite housewives online and be aware of what is happening to them. This has become even more apparent as the long-awaited debut season of RHODubai continues to air weekly, especially since former Real Housewives of Atlanta star Phaedra Parks will appear as a guest. Below are the most popular stars of RHODubai, depending on how many Instagram followers they have as of June 2022.

Leza, who was born in Jamaica, moved to Dubai in 2014. According to Cheat Sheet, Leza graduated from Florida Atlantic University with a bachelor’s degree in journalism and a minor in fashion design. Since then, the 33-year-old man has become a successful entrepreneur with a fortune of about $ 9 million. In 2017, Leza launched the luxury maternity clothing brand Mina Roe. Later, Leza founded My Little Makers, which sells toys and educational content for children. When Leza is not promoting RHODubai or her business on Instagram, she often shares photos of her family, consisting of Lesa’s husband Richard Hall and their three sons, with her 147,000 followers.

Chanel, who is fast becoming a favorite of RHODubai fans, describes herself as “the first black supermodel in Dubai.” Chanel (also commonly referred to as Ayan) was born in Kenya to a family of Somali and Ethiopian descent. Chanel’s modeling career began not only when she moved to Brazil at the age of 18, but also in Brazil, where she met her husband Luca Salves. Chanel, Luca and their son Taj have lived in Dubai for almost 20 years, and now the model’s fortune is estimated at $ 1 million. Throughout Chanel’s career, the 43-year-old has worked in several fashion houses, including Chanel, Tiffany, Cartier, Valentino and Dolce & Gabbana. Chanel’s 229,000 Instagram followers often upload photos showing Chanel’s luxury clothing and travel.

Caroline is a first—generation American, born in Massachusetts to a Honduran family. The Afro-Latino has been living in Dubai since at least 2011; Caroline moved to Dubai to live with her ex-husband, with whom she has a 10-year-old son Adam. After immigrating to the UAE, Caroline made a successful career as a real estate developer and entrepreneur. The 36-year-old man, whose net worth is about $5 million, currently works as an executive director of a Dubai brokerage firm. Caroline also recently founded the luxury beauty salon Glass House Dubai in early 2022. When Caroline isn’t promoting RHODubai and sharing her lavish lifestyle with her Instagram followers, fans may find that the mother-of-one is proud of Adam.

Although Nina was born in Lebanon, the 42-year-old, like Caroline Brooks, grew up in the United States after moving to Texas at an early age. Nina married her husband Munaf Ali in 2010 and soon after moved to Dubai. After settling in the UAE, Nina became a successful businesswoman, whose net worth is estimated at about $ 3 million. Nina not only runs the parent and fashion company Lipstick Mommy, but also co-founded the Fruit Cake bakery in 2020. In addition to sharing her professional endeavors and travels with her 539,000 Instagram followers, Nina often posts photos and videos of Munaf and their three children, Sofia. , Nur and Ayan.

Born and raised in the UAE, Sarah is an award-winning businesswoman, entrepreneur and speaker who founded her first company at just 15 years old.

“Sons of Anarchy” has never been the best in the second...