Home Tech The most popular iOS 16 feature will appear in Samsung! 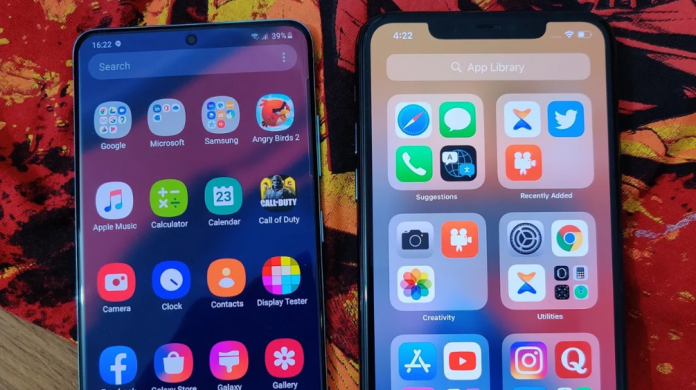 The innovations that Apple introduced in iOS 16 are also starting to appear in the Android world. The possibility of personalization of the lock screen, which iPhone users are looking forward to, has also come to Samsung’s attention. It is reported that in the third beta version of One UI 5.0, additional features have been added to the lock screen.

The innovation of the iOS 16 lock screen appeared in Samsung One UI 5.0

Apple has released the latest version of iOS over the past few weeks and introduced many innovations to iOS 16 users. However, one of the most striking features was the lock screen setting. Thanks to this change, Apple allows its users to prepare a much more useful lock screen.

And i thought Xiaomi will be the first to copy Apple iOS 16 Lockscreen 😅…. Samsung it is.. OneUI 5 Beta 3 pic.twitter.com/3sxY9TALaz

Samsung, on the other hand, has started testing this feature in the latest updates of One UI 5.0. According to YouTuber Vaibhav Jain, the latest beta version of One UI 5.0 based on Android 13 has received the ability to customize the lock screen, very similar to iOS 16.

One UI 5.0 users will be able to change the clock style, font and lock screen design thanks to the new feature. However, unlike iOS 16, it does not have a wallpaper detection function. Therefore, buttons such as the settings panel and the camera button cannot be included in the setup.

In the third beta version of One UI 5.0, it was also stated that the animations of opening/closing applications have changed. Users will be able to switch between applications much faster and without problems. There will also be some differences when switching from the lock screen to Always on Display.

However, this is not the only innovation in Android. The Dynamic Island feature, which Apple introduced into our lives with the iPhone 14 series, was appreciated by users. The developer has developed an application that allows you to use this feature on all Android devices.

So, are you thinking about Samsung One UI 5.0? Don’t forget to share your thoughts with us in the comments section.