Home Entertainment The most interesting concept videos of Unreal Engine 5 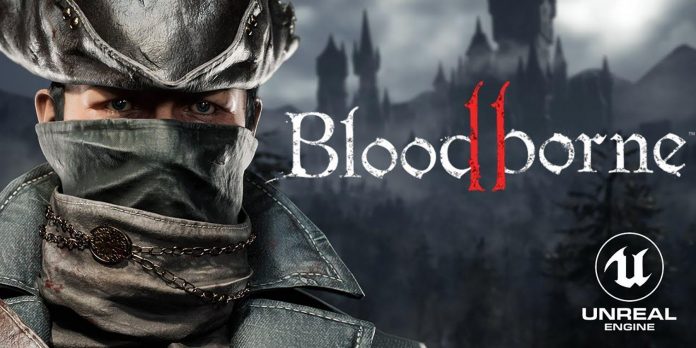 Epic Games’ Unreal Engine 5 promises to be the next major step and engine for game developers, and many impressive technical demonstrations demonstrate its capabilities. Of course, for gamers, it’s not so much about technology as about the quality of the gaming experience. The fact that CD Projekt Red chose Unreal Engine 5 for the new Witcher game instead of its own engine speaks volumes in this regard.

In addition, many concept videos of Unreal Engine 5 appeared on the Internet, which only increased the hype around games created with its capabilities. Of course, all this remains to be seen, but some of these videos stand head and shoulders above others.

RELATED: Confirmed that All Games Use Unreal Engine 5 So Far

Assassin’s Creed fans have wanted Japan to be part of the franchise for years, and it’s safe to say that this concept trailer perfectly captures that.

Another AC video takes fans to Persia/Iran, one of the rumored locations of AC Infinity, and showcases ruins, deserts, and landscapes. It doesn’t really demonstrate any potential UE5 gameplay, but it does demonstrate the graphical precision that the engine is capable of.

If there is one concept game on this list that fans have been wanting for a long time, then this is it. Bloodborne is one of the most popular games of the PS4 era, and whether it’s a remake, a next—gen update, or a sequel, fans want Sony/From to do more with IP. This fan-created Bloodborne 2 trailer perfectly quenches thirst.

This fan trailer for Breaking Bad Unreal Engine 5 isn’t the most impressive demonstration of its capabilities, with simple gameplay and disturbing facial animation, but it’s the idea that sold the video. Breaking Bad would be a slow game and might be suitable for a few selected genres, but there is no doubt that many would like to play in this universe.

This New Vegas Unreal Engine 5 trailer showcases the Mojave Wasteland landscapes with impressive visuals and a new sense of exploration, and even showcases the city lights in the distance. New Vegas is one of the most popular Fallout games, and the city itself is to blame. It will shine in any version of Fallout: New Vegas Remake.

Recent reports suggest that Grand Theft Auto 6 will take place in Vice City, inspired by Miami, and this video demonstrates its recreation in Unreal Engine 5, as well as in other GTA cities. The hype around GTA 6 can’t get any stronger than it already is, but this concept video is nevertheless promising.

Of course, the original God of War trilogy can be remade for the PS5, and this Unreal Engine 5 concept video shows what it might look like. Much more details have been added to Kratos and his surroundings, while the gameplay is definitely more reminiscent of the one-shot approach in God of War (2018) and God of War Ragnarok.

Visual capabilities are paramount in any horror game, and the upcoming Resident Evil 4 remake certainly knows this. However, this concept trailer is too, and it continues to demonstrate the potential of the engine, especially compared to the upcoming game.