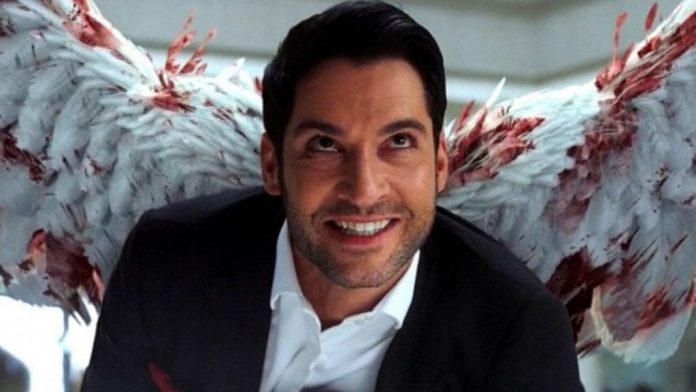 The Lucifer series has certain differences with its version in the comics, especially with the main character, Lucifer, in fact, the same actor has spoken about the significant changes.

Recall that the Lucifer series is loosely based on the DC character of the same name. Which was created by Neil Gaiman, appears in the comics of The Sandman, as well as in his own series.

Like the show’s character, Lucifer leaves Hell after getting bored of ruling his domain. He first he moves to Perth in Australia and then to Los Angeles in California, which will be familiar to viewers.

Despite that, the series does not follow the same trajectory as found in the comics, in fact, there are big differences, especially in the main character, Lucifer.

In the comics, Lucifer is blonde and was modeled after David Bowie. However, fans will know that Tom Ellis’s Lucifer has a very different appearance being dark-haired and dark-eyed. In fact, the same actor has spoken about this.

“I got the script for this, I auditioned and was very excited when it was offered to me.”

“Then when it was announced in the press, he said it was based on a comic.”

“And I really didn’t know that! Then Neil Gaiman contacted me.

“He had seen the pilot episode and wanted to say how much he enjoyed it, and it was nice to have that kind of seal of approval.”

But I’m also glad I didn’t find out about the comic. My choices were based purely on what was in front of me. ”

See Also
Explains what might happen between Lucifer and Dan

“Apparently after I got the job, there were discussions about whether I should dye my hair blonde, which thankfully were banned before they reached me.”

Despite the big changes they have made to the comic book and television series version, viewers have been fascinated by the show.

Especially with the main actor Tom Hellis as Lucifer, who has had a great performance since he started his role in the series, without having the slightest knowledge of the comics.